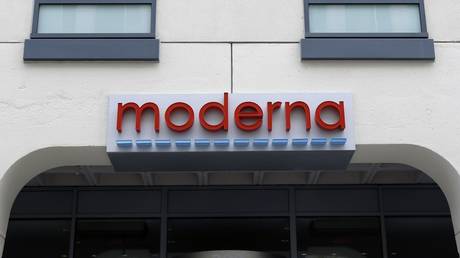 Pharmaceutical giant Moderna has filed lawsuits against competitors Pfizer and BioNTech, claiming they “copied” its technology to create their coronavirus vaccine and infringed patents linked to the immunization process.

The company announced the move on Friday, saying it would take Pfizer and BioNTech to court for intellectual property violations in both the United States and Germany, where the latter firm is headquartered.

“We are filing these lawsuits to protect the innovative mRNA technology platform that we pioneered, invested billions of dollars in creating, and patented during the decade preceding the Covid-19 pandemic,” Moderna CEO Stephane Bancel said in a statement.

The messenger RNA technology in question has been under development since 2010, Bancel added, noting that the platform was first patented for use with coronaviruses as early as 2015. The company now believes Pfizer and BioNTech “unlawfully copied Moderna’s inventions” for their own products and have “continued to use them without permission.”

BioNTech, which partnered with Pfizer to create the Comirnaty vaccine, said it is aware of the litigation, but insisted all of its work is “original” and that it would “vigorously defend against all allegations of patent infringement.”

While Moderna said in 2020 that it would not enforce any patents related to Covid-19 to ensure access to vaccines, it later narrowed that pledge to specific low- and middle-income countries, meaning large rivals like Pfizer could still face lawsuits. However, the company said it is not seeking to take Comirnaty off the market, but merely wants compensation for the alleged IP violations.

The latest legal action follows a string of similar lawsuits against pharma firms, including Moderna, which was taken to court by biotech companies Arbutus Biopharma and Genevant Sciences earlier this year for the alleged use of patented vaccine technology. Pfizer and BioNTech, meanwhile, were sued by Germany’s CureVac last month over claimed IP infringement, and yet another company, Alnylam, has made similar allegations against Pfizer, BioNTech and Moderna.

READ MORE: Efficacy of Pfizer’s Covid-19 pill questioned
Previous Posts Macron speaks up about problems in France and UK relationship
Next Posts What Would Happen If Diabetes Is Not Managed Properly?