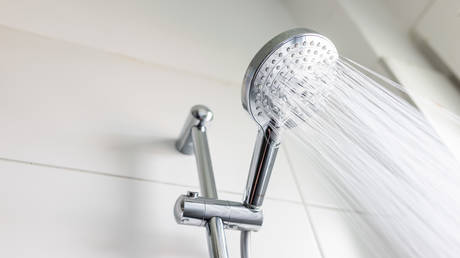 The German government’s austerity calls appear to have had an effect, the German tabloid Bild reported on Wednesday, citing the results of a poll conducted by INSA on behalf of the paper. The survey showed that almost two thirds of Germans have reduced their time in the shower in response to repeated government appeals to do so.

According to INSA, a German research institute, 62% of respondents said they had reduced their shower time and are now showering less frequently than just a few weeks ago, while slightly more than a third (35%) reported no change in their habits.

Those in the lowest income group reported a more significant change in behavior than any other income group, Bild said. Almost half of those polled (45%) also told INSA they had made some preparations ahead of a potentially severe winter, such as buying an emergency power generator or planning to do so.

An almost similar share (44%) said they were ready to join a protest against high energy prices, although 50% said they would not attend such an event.

German officials and the media have been pushing reducing showering time as a way to curtail energy consumption for quite some time. Bild itself ran a story in April praising the supposed virtues of less showering amid fears of a potential Russian energy import embargo.

The article followed advice by Germany’s economy minister and vice chancellor, Robert Habeck, who called for people to cut back on their heating, sauna visits, and showers to help the country reduce its dependence on Russian energy.

Habeck himself told Der Spiegel magazine in late June that he had to once again “drastically reduce” the time he spends in the shower in an effort to cope with what he describes as an acute energy crisis. “I’ve never showered for five minutes in my life,” Habeck said at that time.

The minister had in the past suggested other unconventional ways of overcoming energy shortages. In April, he suggested working from home to avoid driving, and taking up cycling to “annoy” Russian President Vladimir Putin, whom he blames for the crisis.

Habeck also previously said he believes Russia is gradually reducing gas-supply volumes to keep prices high and increase pressure on the German population. Moscow has repeatedly denied such allegations. Russia has earned a reputation as a reliable energy supplier, Kremlin spokesman Dmitry Peskov said in June, which “strictly fulfills all its obligations.”

Earlier on Thursday, Russia’s energy giant Gazprom resumed gas flow through the Nord Stream pipeline following a period of scheduled maintenance. The move drove gas prices in Europe down by more than 6%.

The EU Commission, meanwhile, has urged the bloc’s members to cut their use of gas by 15% until next March. An immediate ban on Russian gas or the disruption of deliveries would be “catastrophic” for some industries, Habeck warned in June.

Previous Posts Thousands of Tories want Boris Johnson back in the game
Next Posts No energy security without Russia, ‘like it or not’ – Hungary