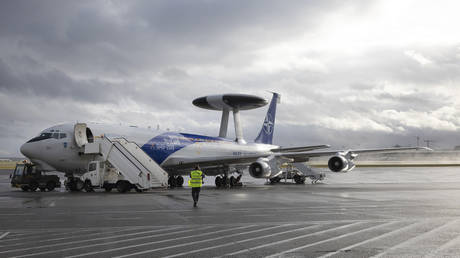 Radar data with the projectile’s trajectory has been handed to the US-led bloc and to Warsaw, a defense official told the outlet

A NATO plane has been able to trace a missile that fell on Polish territory, causing a deadly blast in a village close to the Ukrainian border, an unnamed official from the military alliance told CNN on Tuesday, without assigning blame.

According to the official, “intel with the radar tracks [of the missile] was provided to NATO and Poland.” However, the source did not provide details on where the projectile may have been launched from, or by whom.

NATO has been carrying out regular surveillance flights on its eastern flank to monitor the situation in Ukraine since Russia started its military offensive in late February. The alliance operates a fleet of Boeing E-3A Airborne Warning & Control System (AWACS) planes, equipped with long-range radar and passive sensors.

On Tuesday, local media reported that two farm workers had died in the village of Przewodow, close to the Ukrainian border. Warsaw said they were killed by a missile “manufactured in Russia,” and summoned the Russian ambassador, while putting its military on high alert. Ukrainian President Vladimir Zelensky accused Russia of shelling Poland’s territory, and urged NATO to act against the “terrorist” state.

The Russian Defense Ministry has dismissed the accusations, saying Moscow did not conduct any strikes against targets near the Polish-Ukrainian border on that day, adding that missile fragments, photos of which were published by Polish media, “have nothing to do with Russian weapons.”

Later, US President Joe Biden said it was “unlikely” that Russia was behind the incident, adding that preliminary information contests that version of events. “I don’t want to say that until we completely investigate, but it is unlikely, in the minds of the trajectory, that it was fired from Russia,” he said.