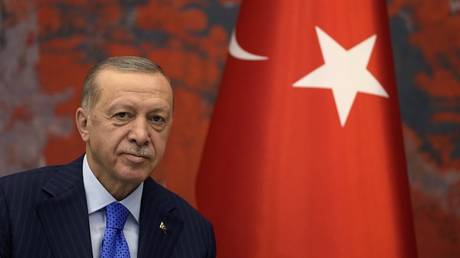 The West is following a “provocation-based policy” towards Moscow, the Turkish president says

Turkish President Recep Tayyip Erdogan on Wednesday criticized the collective West for underestimating Russia and pursuing policies intended to provoke Moscow. He spoke with reporters after meeting with his Serbian counterpart, Aleksandar Vucic, in Belgrade, as part of a Balkans tour intended to promote Ankara’s regional diplomacy.

“I can clearly say that I do not find the attitude of the West [towards Russia] right. Because there is a West that follows a policy based on provocation,” Erdogan said at a joint press conference with Vucic on Wednesday evening, according to Turkey’s Anadolu Agency.

“I don’t have to name names, but there are several Western countries whose approach, we think, is incorrect,” Erdogan explained. “When you follow a provocation-based policy, you cannot achieve results.”

Meanwhile, Ankara has been pursuing a more “balanced” policy that has produced results such as the grain export arrangement signed in late July, the Turkish leader noted. Erdogan has visited both Ukraine and Russia and Turkey continues to do business with both countries, to the EU’s displeasure.

I say to those who underestimate Russia, you are doing it wrong. Russia is not a country that can be underestimated.

The Turkish president also commented on weapons and ammunition the West has been sending to Ukraine, calling them “leftovers.” Turkey has sold a number of Bayraktar drones to Kiev.

Russia sent troops into Ukraine on February 24, citing Kiev’s failure to implement the Minsk agreements, designed to give the regions of Donetsk and Lugansk special status within the Ukrainian state. The protocols, brokered by Germany and France, were first signed in 2014. Former Ukrainian president Pyotr Poroshenko has since admitted that Kiev’s main goal was to use the ceasefire to buy time and “create powerful armed forces.”

“There are no winners in a war like this, but I think there are a great many losers. People are losing their lives, and there is also the financial cost,” Erdogan said at the press conference in Belgrade. Ankara’s policy is to look for ways for the conflict to end soon, he added. “Unfortunately, I don’t think that’s possible.”