NATO not at war with Russia – top official 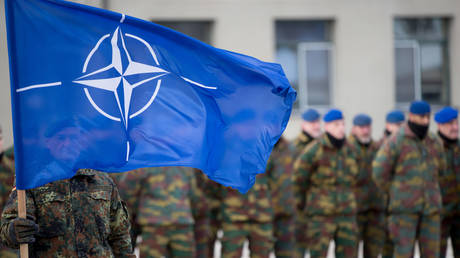 Arms shipments to Ukraine do not constitute a case of military conflict with Moscow, the bloc’s senior official has said

NATO is not waging war against Russia even as it supports Ukraine with large quantities of weapons to help its fight against Moscow, the chair of the NATO Military Committee Robert Bauer said on Tuesday.

During an interview with Estonian public broadcaster ERR, Bauer was asked whether the massive aid packages that Ukraine receives from NATO mean that the alliance is “at least partially” at war with Russia. Bauer, however, dismissed the notion.

“NATO is not at war with Russia. I have to state this very clearly,” he said, but added that this would be the case if Moscow attacked one of the bloc’s own members.

Bauer said the alliance is trying to make that “as clear as possible” to Russia, “that we would defend every inch of our ally’s territory” in such a scenario.

“Then [in case of an attack] there will be a conflict between Russia and NATO. But until then, NATO is not at war with Russia,” he stressed.

In Bauer’s view, while it is up to Kiev to decide how the conflict should end, one of NATO’s principal goals should be to protect Ukraine’s sovereignty. In the short-term, the objective, he argued, should be for the borders to return to what they were on February 24, the date when Moscow began its offensive.

Since the beginning of Russia’s military operation in Ukraine, NATO countries have been supplying Ukraine with massive quantities of military hardware as well as financial aid. NATO’s support has been ongoing since 2014, however, with the bloc sending military aid and equipment to prepare it for such a conflict, NATO Secretary General Jens Stoltenberg said in March.

Moscow has repeatedly urged the US and other Western nations to stop “pumping” Ukraine with weapons and other military hardware. Top Russian officials insist that the continuous support of Kiev will only prolong the bloodshed without changing the ultimate outcome of the conflict.