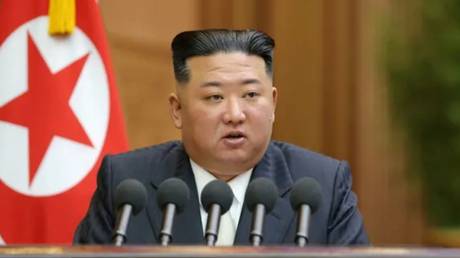 North Korea has issued a document outlining its approach to nuclear warfare, warning it will not hesitate to use the bomb if it perceives threats to its senior leadership or “important strategic targets,” state media reported.

A statement on the “nuclear force policy of the Democratic People’s Republic of Korea” was carried by the state-run Korean Central News Agency (KCNA) on Friday, noting that while the government considers nuclear weapons a “last resort,” it would deploy them to prevent “aggression that seriously threatens the security of the state and people.”

The policy document went on to note that Pyongyang would launch a preemptive strike “automatically and immediately” if officials believe “the command and control system for the national nuclear force is in danger due to an attack by hostile forces.”

While the statement stressed that North Korea “does not threaten or use nuclear weapons against non-nuclear countries,” it warned it would forcefully respond to aggression, or to nations threatening the DPRK by “colluding with other nuclear-armed states.” It named five scenarios under which the military might launch a nuclear strike, including when the country is threatened with weapons of mass destruction, when leaders or “important strategic targets” come under attack, in the case of “an unavoidable operational necessity to prevent the expansion and prolongation of war,” or in response to any other “catastrophic crisis” that endangers the nation or its people.

Western officials have repeatedly predicted an imminent North Korean nuclear test in recent months, claiming the military is preparing to hold its first trial since 2017 despite no official announcement. North Korean leader Kim Jong-un, however, recently vowed to advance his country’s atomic arsenal “at the fastest possible speed,” and has insisted the military must be prepared for a nuclear deployment against “hostile” foreign powers “at any time.”