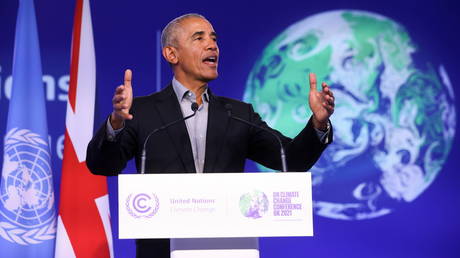 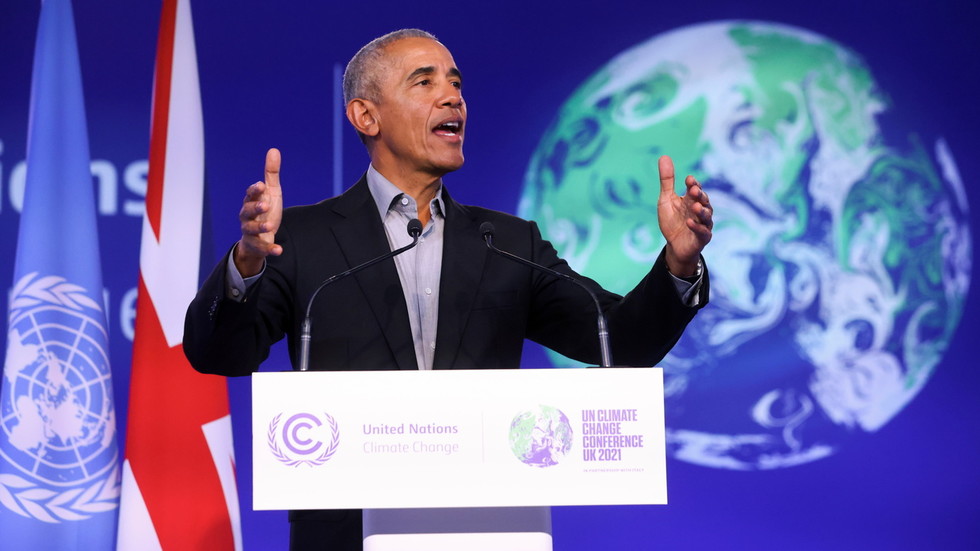 Barack Obama made a rather stunning geographical gaffe during his COP26 speech in Glasgow, when he referred to Scotland as “the Emerald Isles” – a poetic name which, when used in the singular at least, refers to Ireland.

“Since we’re in the Emerald Isles here,” former US President Barack Obama said while speaking in Scotland’s biggest city, Glasgow, which is hosting the 2021 United Nations Climate Change Conference.

The name ‘Emerald Isle’ refers to Ireland’s lush green landscapes, and was coined by Irish poet William Drennan in 1795; it has been widely used ever since.

To add insult to injury, the former president proceeded to “quote the Bard, William Shakespeare,” apparently unaware of the fact that Scotland has its own beloved national bard, Robert Burns.

Also on rt.com People ask why CNN journalist is in Edinburgh for COP26… while the summit is in Glasgow


The blunders came on Monday as Obama was delivering a speech on day nine of the UN climate summit where, among other things, he warned companies that they “will lose customers and top-flight employees if they’re not on the right side of this issue,” and called on climate activists to “stay angry”.

The former president did not pass up the opportunity to take a swipe at his successor in the Oval Office, Donald Trump, for pulling the US out of the Paris Climate Accords. He also blasted China and Russia for their “dangerous lack of urgency” on climate change.

Obama is no stranger to geography gaffes – in 2008, when he was on the presidential campaign trail, he told his supporters he had been to 57 states within the US (50 being the actual total).

Also on rt.com Obama demands urgency on climate, but says nothing about carbon footprint of bombing campaigns