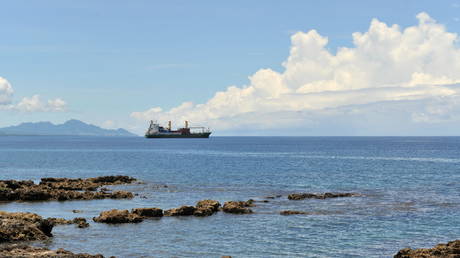 A vessel of the US Coast Guard was prevented from entering the Solomon Islands for a routine refueling stop, because the Pacific nation’s government did not respond to its request for port access, Reuters has reported, citing an American official.

The USCGC Oliver Henry was out patrolling for illegal fishing in the region when it attempted and failed to gain access to Honiara port for refueling, the news agency wrote on Friday.

The Solomons’ government “did not respond” to the US request for diplomatic clearance, Kristin Kam, public affairs officer for the US Coast Guard in Hawaii, told Reuters. Kam said the US Department of State was “in contact” with Honiara and expects “all future clearances will be provided to US ships.”

The US vessel was instead diverted to Papua New Guinea, another official told the news agency.

Reports on social media suggested that a British navy ship had also been refused port access this week. The HMS Spey was also taking part in monitoring waters for illegal fishing for the Pacific Islands Forum, which holds annual surveillance operations with help from the US, Australia, New Zealand and France.

A Royal Navy spokesperson told Reuters that its ships’ programmes are “under constant review” and it is not unusual for them to change. “For reasons of operational security we do not discuss details,” the spokesperson said, adding that the UK navy “looks forward to visiting the Solomon Islands at a later date”.

The apparent refusal to grant entry to the Western ships comes amid heightened tensions with the US and Australia following the Solomons’ signing of a security pact with China earlier this year.

Beijing has already begun training local troops on the islands, prompting alarm in Australia, where there are fears China will use the agreement to establish a military base there. Australia has since promised to “step up” its military presence in the Pacific, with China responding by accusing Australia of encouraging an “arms race” in the region.