Parents and their child killed in US shooting 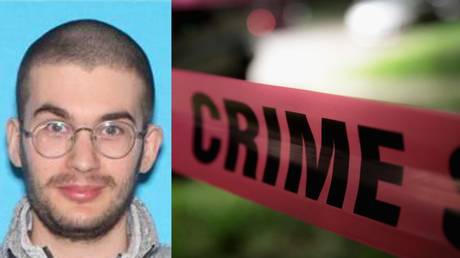 A couple and their six-year-old daughter were gunned down in their tent, reportedly by a stranger with no apparent motive

A nine-year-old boy was the lone survivor after his parents and younger sister were shot dead while camping at a state park in Iowa. The alleged shooter then turned the gun on himself and committed suicide.

The shooting at Maquoketa Caves State Park in eastern Iowa occurred early Friday morning, according to police. The victims – identified as Cedar Falls residents Tyler and Sarah Schmidt, both 42, and their 6-year-old daughter, Lula Schmidt – were found dead in their tent. The couple’s son, Arlo Schmidt, survived the attack, Cedar Falls Mayor Rob Green said in a Facebook post.

“Like many of you just hearing the news, I’m devastated,” said Green, who offered no details on how Arlo Schmidt escaped injury. “I knew Sarah well, and she and her family were regular walkers here in the Sartori Park neighborhood.”

Officers investigating the shooting found that one of the campers at the park was missing and was known to be armed, state police said. That person, 23-year-old Anthony Orlando Sherwin, was found dead a few hours later about one mile west of the park, apparently from a self-inflicted gunshot wound.

Police don’t believe the shooting suspect, who was from the neighboring state of Nebraska, had any relationship with the Schmidts, the New York Times reported. Investigators haven’t determined a possible motive for the attack.

“We don’t know what led up to this, what precipitated it,” Mitch Mortvedt, assistant director of criminal investigations for the state police, told the Associated Press. So far, he added, “the investigation has not revealed any early interaction between the Schmidt family and [Sherwin].”

The triple-homicide comes amid a wave of mass shootings in the US, which has spurred a renewed push by Democrat lawmakers to impose new restrictions on gun ownership. Last month, President Joe Biden signed the first major gun control legislation to be passed by Congress in nearly three decades.