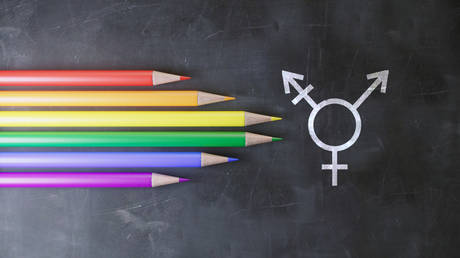 A southern California school district curriculum is teaching children that there are over ten sexual orientations and nine genders, according to a Fox News report on Wednesday. Some parents expressed outrage, stating that such teachings are “sexualizing our kids and normalizing sexual behaviour” at a young age.

The school district was previously reported to have used ‘the genderbread man’ in sex education classes to instruct middle and high school students on gender. The ‘Genderbread Identity’ man is part of the ‘Teen Talk’ sex-ed curriculum purchased by the Newport-Mesa Unified School District, which is also taught to thousands of students in California.

The Teen Talk curriculum explores topics of gender and sexual identities and features instructional videos on “what it’s like to be trans in high school,” in which two teens discuss transitioning. The program’s textbooks also provide examples of student profiles which include their names, sexual orientation, and gender identity, and encourage kids to create their own.

A number of parents have expressed outrage over the new teachings, arguing that schools are now “sexualizing our kids and normalizing sexual behaviour” at a young age, according to Alicia Beget, a mother in the district who spoke to Fox News.

“This is part of a larger agenda that those at the very top are well aware of what they’re doing,” Beget said.

The school district responded to Fox News for comment, saying it is merely following the “state-adopted standards for health education, which includes sexual health,” and is using a state-approved health curriculum.

They went on to suggest that parents can opt their children out of comprehensive sex education and that they have the ability to review the curriculum taught in the district’s schools.

“We understand that there are varying viewpoints and beliefs and we follow California State Standards for curriculum, while also supporting parent choice,” the school district said.