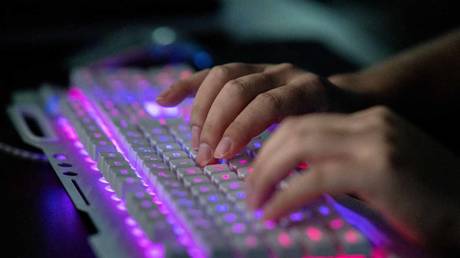 The move comes after social media firms removed fake accounts thought to be run by the US military, the Washington Post reports

The US military is set to conduct a “sweeping audit” of its clandestine psychological warfare operations, amid concerns the Pentagon may have used phony social media handles to manipulate foreign audiences, several sources told the Post.

The US undersecretary of defense for policy, Colin Kahl, has ordered military commands to offer a “full accounting” of their psychological warfare activities within a month’s time, according to a Monday Post report, which cited multiple unnamed administration and Pentagon officials familiar with the matter.

“The message was essentially, ‘You have to justify to me why you’re doing these types of things,’” one official said, describing Kahl’s directive.

The order was reportedly prompted by concerns at the White House over “the Defense Department’s attempted manipulation of audiences overseas” using social media, and comes after Twitter and Facebook removed some 150 fake accounts said to be involved in “covert influence operations.” The takedowns were revealed by researchers at Graphika and the Stanford Internet Observatory, which published a report highlighting online networks allegedly pushing “pro-Western,” anti-Russia and other politicized narratives.

While the study did not pin blame on any particular actors for the fake accounts, two officials told the Post that US CENTCOM – the combatant command which oversees forces in the Middle East, North Africa and Central Asia – “is among those whose activities are facing scrutiny” for its influence operations.

CENTCOM has not commented on whether any of the suspicious accounts were created by its personnel or contractors, but one official noted such behavior would “absolutely be a violation of doctrine and training practices.”

In 2020, moreover, employees at Twitter and Facebook contacted the US military to raise concerns over fake accounts they believed to be linked to the Pentagon, the outlet said. The incident reportedly prompted David Agranovich, Facebook’s head of ‘global threat disruption,’ to warn defense officials that if Facebook was able to detect the inauthentic behavior, “so could US adversaries.”

Reached by the Post, a Pentagon spokesman, Air Force Brig. Gen. Patrick Ryder, said that military information ops “support our national security priorities,” but must be carried out in a lawful manner, adding “We are committed to enforcing those safeguards.”

Previous Posts Biden hints at plans for reelection bid
Next Posts Study: Cannabis Use In Pregnancy Linked To Mental Health Problems In Children