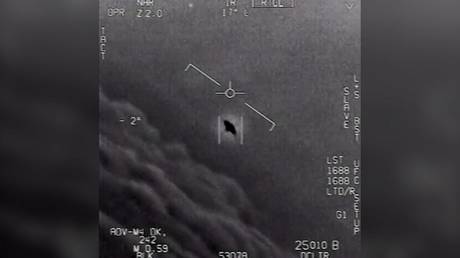 After decades of being tight-lipped or publicly dismissive about the reports of unidentified flying objects (UFOs), the Pentagon is ramping up the unit that tracks such phenomena and expanding its mission to include objects that move underwater or across multiple mediums.

Just eight months after publicly creating its UFO-tracking unit, called the Airborne Object Identification and Management Group, the US Department of Defense (DOD) has given the group a new name to reflect its broader purview: The All-domain Anomaly Resolution Office (AARO). The move, which was made earlier this month and announced on Wednesday, reflects a directive from Congress to broaden the military’s probing of unidentified moving objects that could pose security threats.

The AARO will coordinate efforts across the federal government to “detect, identify and attribute objects of interest” that appear around military installations and other sensitive areas, the Pentagon said. And as necessary, the unit will “mitigate and defeat” security threats. “This includes anomalous, unidentified space, airborne, submerged and transmedium objects.”

A transmedium object is one that can operate across multiple environments, such as a spacecraft that can also fly through the Earth’s atmosphere or underwater – or both. The AARO will be charged with trying to trace unidentified objects to their sources – whether they be extraterrestrial or an earthly foe.

“It is vital to our national security and the safety of our military personnel that we maintain awareness of anomalous objects in all domains,” Ronald Moultrie, undersecretary of defense for intelligence and security, said in a memo this week. “We must also keep pace with the development and employment of novel technology by our adversaries.”

In recent years, a new acronym has been created to replace the term ‘UFO’ – Unidentified Aerial Phenomena (UAP) – in the hope that science, academia, and the media would be more open to investigating the subject. Last month, NASA officially joined the hunt for UFOs, commissioning a scientific study to demystify the phenomena. The US space agency specifically emphasized that, so far, there has been “no evidence UAPs are extra-terrestrial in origin,” pouring cold water on the prospect of discovering alien technology, but noted that a lack of verifiable data “currently makes it difficult to draw scientific conclusions about the nature of such events.”

The Pentagon released a long-awaited report on UAPs last year, as ordered by Congress, saying that it had reviewed sightings of 144 unidentified aerial phenomena since 2004. Investigators were able to definitively explain only one of those objects, which was identified as a deflated balloon. By last May, when Congress held its first hearing on UFOs in more than 50 years, the Pentagon said it had nearly 400 reports from military personnel of mysterious encounters and sightings.

The AARO will report to Moultrie and will be headed by Sean Kirkpatrick, who most recently was chief scientist at the Defense Intelligence Agency’s missile and space intelligence center.