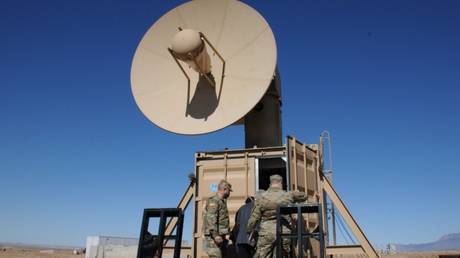 The US military will run a “capstone test” for a new high-power microwave weapon, according to Pentagon developers, who also noted progress on a separate microwave system intended to bring down enemy “drone swarms.”

Final trials for the High-Powered Joint Electromagnetic Non-Kinetic Strike Weapon (HiJENKS) will be conducted jointly by the Air Force Research Laboratory (AFRL) and the Office of Naval Research at a military base near California’s China Lake, part of intensive tests this summer which marked the end of a five-year development project.

Jeffry Heggemeier, who leads the AFRL’s high-power electromagnetics division, said the weapon still hasn’t found a platform, but noted that its smaller size would allow for a variety of uses in combat.

“We’ll start looking at more service-specific applications once we’ve done this test that demonstrates the technology,” he told reporters during a briefing late last month.

The HiJENKS is designed to use high-powered microwaves to disable enemy electronics, building upon previous work carried out more than a decade ago under the Counter-electronics High Power Microwave Advanced Missile Project, also known as CHAMP.

The Air Force is also making headway on another directed energy microwave system, the Tactical High Power Operational Responder (THOR), which aims to “disable drone swarms” that might threaten troops or military bases, according to THOR program manager Adrian Lucero.

“There are other effectors out there that are intended to go against drone systems like guns, nets and laser systems,” Lucero said during the same June presser. “But what THOR brings to the table is it has a larger range to affect and it has a decreased engagement time.”

A prototype for THOR was recently sent abroad for testing, during which development teams attempted to extend the system’s range and increase its power, Lucero went on, adding that the weapon was 94% reliable during the trials and proved it could be useful “in the real world.”