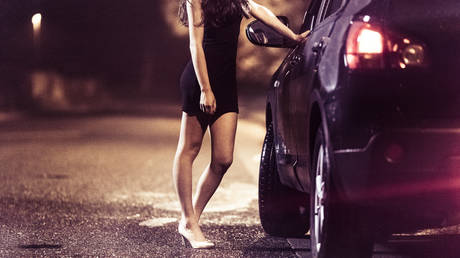 Young, single mothers are being targeted for recruitment into the sex trade in the Czech Republic, local media claims

Pimps in the Czech Republic are luring Ukrainian refugee women into prostitution, with some even being “recruited” at the borders, Czech outlet Lidovky reported earlier this month, citing local sex workers’ aid groups.

While the police were unable to confirm any criminal offense had been committed, Pekharova insists Ukrainian women are being victimized by pimps, and she recently submitted another report to the police after finding more suspicious ads.

The pimps especially target young mothers, Pekharova said, considering them “safer” than childless students with less to lose. Some 60% of the clients helped by fellow sex workers’ advocates Pleasure Without Risk are mothers, primarily single mothers.

Many of these mothers rush to flee the violence at home without fully understanding how much money they will need to survive once they leave Ukraine. “In every crisis there are people who want to take advantage of this situation,” Pleasure Without Risk spokesman Pavel Ubrankovych told Lidovky.

“When you find yourself in a foreign country, not knowing its social system, getting little work, you will do anything to take care of your family,” he said.

A police spokesman confirmed that “relevant specialists” were still looking into the allegations, even if the individual ads had not been deemed criminal.

Pleasure Without Risk has found the newly-arrived Ukrainian women are primarily plying their trade in the Ustetsky, Karlovy Vary, and South Bohemian regions. Some of them may have been prostitutes in their home country, and their presence will be seen as a threat to local prostitutes, eventually taking money out of both groups’ pockets.