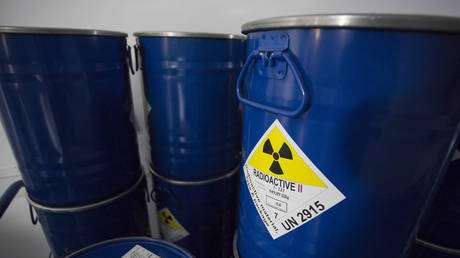 The US has sent Poland a proposal to help build six nuclear reactors in the country in a bid to reduce carbon emissions and gradually phase out coal, the Polish Climate ministry announced on Monday.

Delivered to Poland’s Minister of Climate and Environment Anna Moskwa by US ambassador Mark Brzezinski, the proposal suggested that Washington and Warsaw create a detailed bilateral roadmap for the construction project, which is set to be finished by 2040.

“It’s more than a commercial offer, it reflects 18 months of work and millions of dollars spent on analysis and evaluations,” said a spokesperson for the Westinghouse Electric Company, a US firm bidding to take on the project.

US Secretary of Energy Jennifer M. Granholm called the report “a major step towards Poland’s development of a robust civil nuclear industry that is zero-carbon emitting and will result in another European source of energy that is free from Russian influence.”

“This project has the potential to ensure that the Polish people can receive the safest, most advanced, and reliable nuclear technology available,” the politician added.

The Polish government expects the partner in its nuclear programme to take a 49% stake in the company and assist in managing and financing the plants, after providing the technology for them.

The government in Warsaw will now consider the US proposal, and make a decision before annual talks on technology issues this autumn.

Washington’s offer comes shortly after Poland claimed that it had become the “locomotive of development” for the whole of Europe, while questioning Germany’s supposedly misguided energy policies, which have been left in “ruins”.

“Germany’s policies have inflicted tremendous damage on Europe,” said Polish Prime Minister Mateusz Morawiecki, describing the phase-out of coal and nuclear power as “premature”. The leader also criticized Berlin’s decision to allow the construction of the Nord Stream 1 and 2 gas pipelines, and grilled Berlin for becoming energy dependent on Russia.