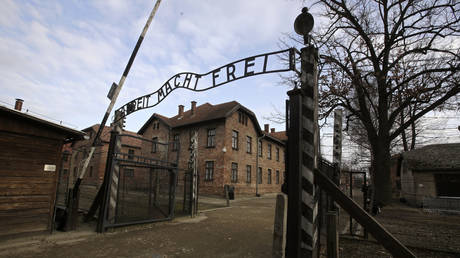 While Warsaw will ask Berlin for reparations, Poland previously clashed with Israel over its refusal to return Jewish property

Poland has completed a “very comprehensive report” on the cost of its occupation by Nazi Germany, Prime Minister Mateusz Morawiecki told journalists on Wednesday. Once translated, the document will back up Warsaw’s push for reparations from Berlin.

Speaking at a press conference in the village of Boronow, Morawiecki said that his government has spent between three and four years compiling the report. He said the three-volume report is currently being translated into several languages, after which “we want the world to read” it.

Using “photo documentation, as well as historical sources,” the Polish prime minister said the report will “show the scope not only of war crimes committed by the Germans, but also of the devastation,” and will use a “very accurate calculation” to put a monetary value on the country’s losses under Nazi occupation.

Last year, Morawiecki told Germany’s dpa news agency that the final reparations bill could come in at over €800 billion ($807 billion). Germany, however, has argued that Poland waived its right to reparations in a 1953 agreement signed by its communist government and East Germany, and in a 1990 treaty between East and West Germany and the USSR, US, Britain, and France.

Poland has countered that the 1953 agreement was signed under duress from the Soviet Union, and that it wasn’t involved in the 1990 negotiations.

Despite Poland’s insistence on securing reparations from Germany, the country has been on the opposite side of a separate reparations dispute – with Israel. The states recalled their envoys to each other last year after Poland passed a law limiting the ability of Jews to seek restitution for property seized from them during the occupation by Nazi Germany.

While the Israeli government called the legislation “anti-Semitic and immoral” at the time, both countries recently decided to restore diplomatic relations. Polish President Andrzej Duda confirmed on Tuesday that Israeli Ambassador Yacov Livne had submitted his credentials, and will soon head up Israel’s diplomatic mission in Warsaw.

Duda’s Israeli counterpart, President Isaac Herzog, called the return of the ambassador “an important first step to advancing Israeli-Polish relations,” and said he hoped to reciprocate by receiving the credentials of Poland’s new envoy soon.

Previous Posts Evgeny Tugolukov: Germany’s prosperity is fueled by Russia, and the Siemens story suggests the penny may be dropping in Berlin
Next Posts Two contenders forced out of Tory leadership race