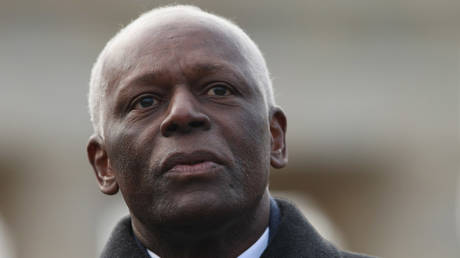 Current Angolan President Joao Lourenco, who served as defense minister under dos Santos, has declared five days of national mourning, calling his predecessor, who stepped down in 2017, a “unique figure of the Angolan homeland, to which he dedicated himself from a very early age.”

Dos Santos considered himself to be an “accidental president,” having assumed power after Angola’s first independent leader Agostinho Neto died during surgery. He presided over a period of dramatic change in the country’s fortunes. After winning a grueling civil war that lasted nearly three decades against US-backed insurgents in 2002, he oversaw an oil boom that expanded the size of the country’s economy by more than tenfold.

However, despite the supposedly Marxist principles initially held by his MPLA (Popular Movement for the Liberation of Angola) party and the nation’s more recent economic prosperity, the majority of the population was reportedly still living on under $2 per day when dos Santos stepped down after 38 years as leader ahead of the 2017 election.

Lourenco, despite having worked in dos Santos’ administration, soon turned on his benefactor’s family with a massive anti-corruption campaign that targeted both his daughter Isabel, who ran state oil company Sonangol, and his son Jose Filomeno, who ran the country’s sovereign wealth fund. Isabel was dismissed from her position and accused of embezzlement, money laundering and other crimes, fleeing to Dubai to avoid prosecution. The younger Jose was not so lucky, receiving a five-year prison sentence for alleged financial crimes, though he remains free on appeal.

Dos Santos had been living in Spain since 2019, where he had been receiving medical treatment for the illness that is believed to have ultimately killed him. He was admitted to intensive care on Thursday. The former leader leaves behind his wife Ana Paula de Lemos and his six children, who in addition to Isabel and Jose Filomeno include Tchize, Jose Eduardo Paulino, Danilo Lemos, and Josefina Lemos dos Santos.