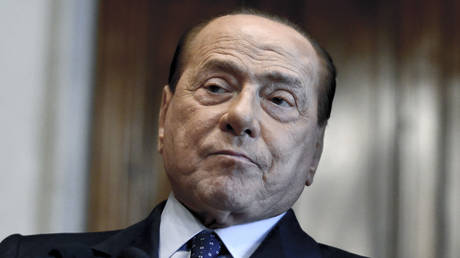 Russian President Vladimir Putin was pushed to launch the military campaign in Ukraine by his supporters and wanted to replace the government in Kiev with “decent people,” former Italian Prime Minister Silvio Berlusconi said on Thursday.

Speaking on Italian public broadcaster RAI, Berlusconi speculated on what prompted the Russian leadership to proceed with the military operation in Ukraine in late February. “Putin was pushed by the Russian people, by his party, by his ministers to come up with this special operation,” he said, as quoted by Reuters.

Berlusconi believes Moscow had initially planned to take control of Kiev “in a week,” replace Ukrainian President Vladimir Zelensky and his government with “decent people,” and leave the capital “in another week.”

He also said he does not understand why Russian troops are now “spread around Ukraine” when they “should have only stuck around Kiev.” He also claimed Moscow’s forces met “an unexpected level of resistance,” which was reinforced by Western weapon deliveries, Italian media quoted him as saying.

Although Russian troops were at one point close to Kiev, in late March, they withdrew in what the Russian Defense Ministry called “a planned regrouping” to create the conditions for the “liberating” of Donbass.

Earlier this month, Putin said that Moscow’s goals in this regard have not changed.

Berlusconi’s comments come as his Forza Italia party heads into an election this week as part of a right-wing coalition, which also includes the anti-immigration League and Brothers of Italy parties. The bloc is widely expected to win.

The former prime minister served four terms between 1994 and 2011, and developed close ties with Putin. At one point, Berlusconi even visited Crimea; the peninsula overwhelmingly voted to become part of Russia in a 2014 referendum, which was not recognized by the West.