Russia and US reveal status of nuclear talks 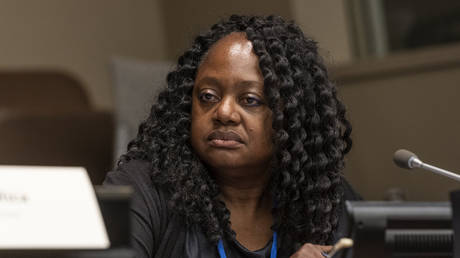 Contacts between Moscow and Washington on the topic of strategic arms reduction have not been interrupted, and the necessary information is being exchanged through the proper channels, Russian diplomat Andrey Belousov told reporters in Geneva on Thursday. Earlier in the day, however, his State Department counterpart said that further discussions on the New START treaty were not taking place at the moment.

“Interactions between Russia and the US as parties to the New START treaty have not been interrupted,” said Belousov, who is the deputy Russian representative to the UN and other international organizations in Geneva.

“We expect that such work will continue until the end of the treaty, which, as you know, was extended until February 2026,” he added.

Belousov was addressing a question about whether Russia’s recent decision to withdraw from the inspection regime could be interpreted as leaving the treaty. Earlier this month, Moscow pointed out that US sanctions created a disparity between the working conditions of American and Russian inspectors, which was not appropriate.

“Now Russia finds itself in a difficult position that prevents inspections on US territory. Meanwhile, the American side is in no hurry to change the situation,” Belousov said. “We will be ready to consider the issue of resuming inspection activities as soon as appropriate conditions are created for this.”

As an example, Belousov cited the US announcement that some of its strategic bombers and missile-carrying submarines have been converted and could no longer be used to deploy nuclear weapons.

“However, in the context of the Treaty we can’t verify that, so the US de facto now has more platforms for deploying nuclear weapons than the treaty allows,” the diplomat said.

Speaking at a State Department briefing earlier in the day, Undersecretary of State for Arms Control and International Security Bonnie Jenkins said that the conflict in Ukraine has disrupted the nuclear talks with Moscow.

“I think we all realize that discussions between the US and Russia about the next steps in relation to the New START treaty are not happening right now because of the situation we’re dealing with. And these talks will continue in the future when the situation for that is right,” news agencies quoted her as saying.