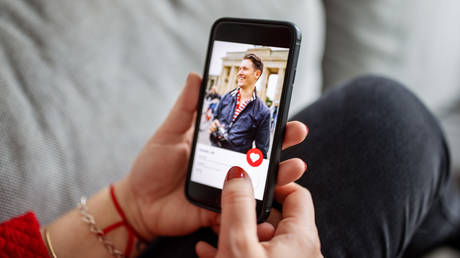 Tinder, along with WhatsApp and Snapchat, has been ordered to pay millions of rubles for refusing to comply with Russia’s data localization law

A Moscow court has fined the entities owning popular social media platforms Snapchat, Tinder and WhatsApp for refusing to localize the data of Russian users in the country, according to reports from the courtroom on Thursday. All three platforms are owned by companies based in the US state of California.

A magistrate court of the Tagansky District of Moscow launched the case against the owners of Whatsapp, Spotify, Tinder, and Snapchat earlier this month for violating a Russian law that requires operators to ensure that the recording, systematization, accumulation, storage, clarification (updates, changes) or extraction of personal data of citizens of the Russian Federation is done using databases located in Russia. The fine for breaching this law can range from 1-6 million rubles ($16,600-$100,000), while a repeated offense can cost up to 18 million rubles.

Roskomnadzor, Russia’s national internet and media watchdog, had previously reported that about 600 representative offices of foreign companies such as Apple, Microsoft, Samsung, PayPal, Booking and LG, among others, had localized the storage of the personal data of Russian users.

However, a number of social networking sites, most notably LinkedIn, have been blocked in Russia for refusing to follow the localization requirement.

Russia has taken a firm stance against the way foreign tech companies operate in the country and has been particularly critical of how foreign platforms distribute content online.

Back in March, Russia banned Facebook and Instagram after designating their owner, US tech giant Meta, an extremist organization for refusing to remove what Moscow considered to be false content about the conflict in Ukraine, calls for illegal protests, as well as hate speech targeted against Russian nationals.

Google has also been targeted by the Russian authorities on several occasions. Just last week, it was fined $366 million dollars for repeatedly failing to delete “misleading” information on YouTube regarding Russia’s military offensive in Ukraine.

Roskomnadzor says it had sent Google 17 requests to abide by Russian law prior to issuing the fine, but the tech giant refused to comply. The watchdog claims that Google has yet to delete at least 7,000 “illegal materials” from the video hosting platform.

Previous Posts Timofey Bordachev: The UN is no longer fit for purpose, but should it be abolished or reformed?
Next Posts Cow dung gas can’t replace Russian fossil fuel, expert says