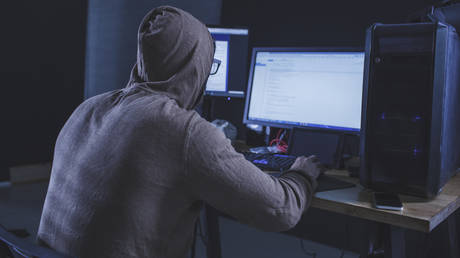 The troll farm blamed for Donald Trump’s electoral victory is back, according to US researchers

The Russian bots and trolls blamed for former president Donald Trump’s 2016 election victory have reportedly returned to US social media platforms, ahead of next week’s midterm elections.

The New York Times claimed on Sunday that they are focusing their discord-sowing, disinfo-promoting attacks on alternative networks like Gab and Parler, citing researchers from Recorded Future, Mandiant and Graphika.

The researchers acknowledged that any influence campaign waged on Gab, Gettr, or the former president’s Truth Social is necessarily much smaller than the IRA’s Facebook campaign from 2016, and admitted some of the content “did not spread virally to other platforms.” A Gab account held up as an example of an IRA personality resurfacing to meddle in the midterms had just 8,000 followers, with a post receiving as few as 43 responses.

However, they argued less effort was needed to sow discord than in previous elections. “Since 2016, it appears that foreign states can afford to take some of the foot off the gas, because they have already created such sufficient division that there are many domestic actors to carry the water of disinformation for them,” Twitter executive turned election security expert Edward Perez told the Times.

Researchers like Graphika’s Ben Nimmo, who is also a nonresident senior fellow at the Atlantic Council’s – a pro-NATO lobby group – Digital Forensic Research Lab (DFRLab), claimed following Donald Trump’s 2016 victory that a few thousand dollars in Facebook ad spending by the IRA played a critical role in convincing hundreds of thousands of Americans to lose faith in the democratic process. The narrative of “Russian bots threatening the voting process” has resurfaced with every US election – and many foreign contests as well – since then.

However, even Graphika acknowledged in September that hundreds of fake accounts operated by the Pentagon had been disseminating pro-US, pro-NATO and anti-Russian narratives on social media platforms for the past five years, leaving a mile-wide trail of evidence that Facebook staff apparently told government officials they were worried foreign adversaries might expose.