Spiky death: how long will Covid remain a threat? 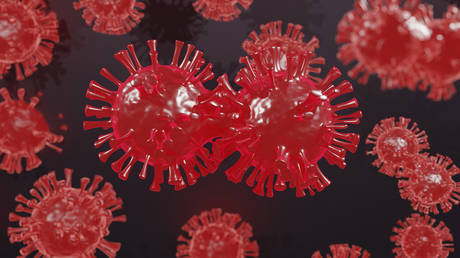 Covid-19 variants keep emerging in different parts of the world, causing experts to ask how long the pandemic will last, and how effective the current methods of protection really are.

Since the pandemic started in 2019, people have referred to the disease which has paralyzed the world simply as ‘coronavirus’. Now, in 2021, when we talk about it, we mean not just the original variant, but also its numerous mutations.

In May, the WHO decided to label the key variants with Greek letters. Since then, the Delta variant has been proclaimed the predominant strain across the world, and now we have titles that look like codes to detail the differences between variants. Last month, the UK was put on high alert over a fast-spreading Delta AY.4.2 variant. This week, Norway reported finding one more version of the Delta strain – AY. 63. The country’s experts suggest it’s not more dangerous than the Delta mutation itself. Meanwhile, another Covid variant, discovered in France (B.1.640), brought the researchers an unpleasant surprise: they said they’d never seen mutations like it.

Professor David Dockrell, from the Center for Inflammation Research of the University of Edinburgh, described to RT the reasons for the constant mutation of the coronavirus. “The areas in the virus that are most likely to change are those that come into contact with what we call ‘selective pressures’ – or factors that make them need to change,” he explains. “So, a version of the virus which mutates and changes to give it a selective advantage to escape from the immune system is more likely to prosper and become a dominant strain.”

That’s how it works: The part of the virus many of the immune responses (or antibodies, T-cells etc.) are responding to is called the spike protein (or the S-protein). So, the virus tries to change it in order to survive.

“We know that a variety of different viruses are able to mutate and change when exposed to the selective pressure of the immune system, whether it would be the human immune system or other species in which these viruses have evolved,” Prof. Dockrell says. “And of course, we’ve seen it most clearly with HIV, which is particularly good at changing and evolving. It does something called ‘reverse transcription’ – it copies material in the reversed direction from DNA to RNA.”

Covid is still seemingly running faster than humanity’s efforts to curb it, but Prof. Dockrell has some good news. “The coronavirus – and viruses like it – are not as able to make these changes. They are going to do it to some extent, but they are not going to be as successful as retroviruses and HIV.”

Now, unfortunately, we are still in a phase where Covid19 can continue to evolve and change. It’s not time to panic, though, because across the world various ways to adapt the current anti-Covid strategies are already in place. First of all, people should keep getting vaccines – maybe receiving slightly altered booster doses, Prof. Dockrell suggests, “in a way, that we, after all, have to do with influenza, by providing a seasonal influenza vaccine and changing it every year.”

“And maybe we have to keep changing some of the treatments like these new monoclonal antibodies against the virus, because they also may be limited by the emergence of a mutation of the virus evolving the S-protein,” he adds.

Sounds promising – but won’t it become a never-ending race against constantly emerging mutations?

Hopefully not. According to Prof. Dockrell, there are parts of viruses that scientists call ‘conserved areas’. With time, vaccines and monoclonal antibodies will target these areas, which the virus finds very hard to change. “Clearly, the direction of travel is to develop either vaccine responses that affect more different kinds of virus, or these ‘monoclonal antibodies’ that we could use to prevent or treat infection, that they will target more conserved areas and therefore will be less limited by the ability of these virus to evolve and change,” he concludes.