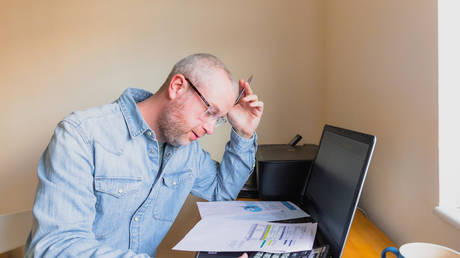 Support for imposing further sanctions against Russia is decreasing in the UK amid growing living costs, a YouGov poll published on Tuesday revealed.

The survey, conducted on June 28-29 among 1,664 respondents, shows that 44% of Brits oppose a further increase in sanctions if it entails a rise in the overall cost of living, while 40% would still support intensifying pressure on Moscow. For comparison, in mid-March, three weeks after the launch of Moscow’s military offensive in Ukraine, a clear majority of Brits – 54% – supported more sanctions, even if it meant an increase in their cost of living, with only 32% opposing it.

The trend is the same when it comes to three other potential consequences of the sanctions: higher taxes, rising energy prices and potential oil and gas shortages. The most striking change in public opinion can be seen when respondents were asked about “a significant increase in energy prices.” In March, the possibility of such a scenario did not prevent 48% of respondents from supporting more sanctions, with 38% against. In June, 53% said they were opposed to further sanctions if it led to hikes in energy prices, with only 32% still supporting harsher restrictions.

Amid such a shift in public opinion, YouGov conducted an additional survey between July 1 and 4, with similar questions but referring to the current sanctions. In all cases, the majority supported keeping the restrictions in place.

“Britons are most split on fuel bills, with 45% saying they would support the current sanctions against Russia even in the face of ‘an increase in energy prices,’ but with 41% disagreeing,” YouGov notes.

YouGov also emphasized that people’s own financial situation influences their view. Those with the lowest household incomes – less than £20,000 a year – are less likely to support keeping current sanctions, while those in households with the highest incomes – above £60,000 a year – tend to support them.

Following the launch of the Russian military offensive in Ukraine, the US and its allies, including the UK, imposed harsh sanctions on Moscow, including restrictions on its energy exports. As a result, countries with a high dependence on Russian supplies are now facing economic hardship and the prospect of energy rationing. Britain, while not directly dependent on Russia, is suffering too, as energy bills and the cost of living grow amid the surge in wholesale natural gas prices. Russian President Vladimir Putin previously accused EU leaders of committing economic “suicide” by attempting to give up Russian energy.