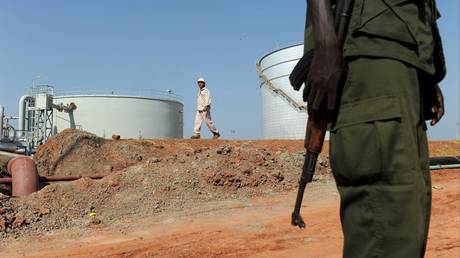 Swedish prosecutors have charged the chairman and former CEO of Lundin Energy oil and gas company for complicity in war crimes perpetrated by the Sudanese army and militias in southern Sudan between 1999 and 2003.

The Swedish Prosecution Authority (SPA) said on Thursday that the local firm, which was named Lundin Oil at that time, had asked the Sudanese authorities in May 1999 to secure a potential oil field in the south of the country, despite being aware that it wasn’t fully controlled, and that capturing the land would require the use of force.

“What constitutes complicity in a criminal sense is that they made these demands despite understanding or, in any case being indifferent to, the military and the militia carrying out the war in a way that was forbidden according to international humanitarian law,” it pointed out in a statement.

The Sudanese government forces “systematically attacked civilians or carried out indiscriminate attacks,” according to the prosecutors.

The probe against Lundin Energy had been initiated in Sweden in 2010 after a report by the Dutch non-governmental organization PAX accused the firm of being involved in human rights abuses in Sudan.

PAX praised the indictment of Ludin’s chairman Ian Lundin and former CEO Alex Schneiter, who is currently a board member, with complicity in war crimes as “a great victory for justice and a historic achievement.”

Lundin Energy, however, denied any wrongdoing, insisting in a long statement on Friday that its operations in Sudan were “fully legitimate and responsible.”

The prosecutors had no evidence or valid grounds to press the charges, with their statement of criminal action being “extremely vague and inexplicit,” it said.

The company argued that reports by NGOs “can’t be relied upon as evidence in court” as they lack credibility, accuracy and reliability.

Lundin Energy also challenged the claim by the prosecutors to confiscate 1.39 billion crowns ($161.7 million) that the firm made from the sale of its business in Sudan in 2003. There’s “no basis for a corporate fine or forfeiture,” it said.

The Swedish company was a major player in Sudan between 1991 and 2003 amid a decades-long civil war between the central government in Khartoum, the Muslim-majority north and the oil-rich Christian south. Omar al-Bashir, who was Sudan’s president during that conflict, is now wanted by the International Criminal Court (ICC) for genocide and other war crimes. The fighting in the North African country ended in 2011, with South Sudan becoming an independent state.

Previous Posts US spy agency asked hacker to steal foreign diplomats’ data, journalists claim
Next Posts 1st-ever nationwide lockdown for the unvaccinated is on the cards