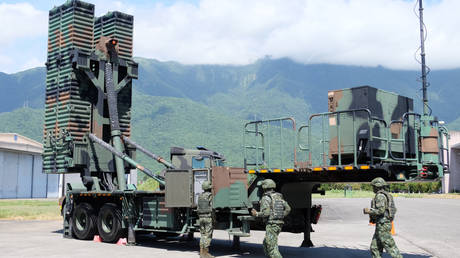 Taiwan has said it was forced to shoot down a drone flying between the Chinese coastline and an island controlled by Taipei, claiming it was exercising its right to self-defense while suggesting Beijing was behind the alleged incursion.

Premier Su Tseng-chang outlined the drone incident during a Friday press conference, saying an unidentified “civilian” UAV entered Taiwan’s airspace the day prior and was shot down by the military.

“They repeatedly ignored our warnings to leave and we had no choice but to exercise self-defense and shoot. This is the most appropriate reaction,” he said, adding that China should exercise restraint.

However, Beijing’s Taiwan Affairs Office was quick to reject Su’s statement, saying the island’s attempt to “hype up confrontation between the two sides is extremely ridiculous.”

The exact origin of the drone remains unclear, though the Taiwanese military said it was fired upon after entering restricted airspace near the Lion islet, located a mere 3 miles (4.8 kilometers) east of the Chinese coast. The vehicle crashed into the sea after it was shot, according to Taipei.

A similar incident occurred near the island of Erdan on Tuesday, during which Taiwanese forces fired live warning shots at a “batch” of civilian drones that entered the area. Yet another encounter took place in early August, when Taiwan shot flares to ward off Chinese UAVs over the Kinmen islands.

The flurry of activity near Taiwanese airspace comes amid soaring tensions between the island and mainland China, which considers Taiwan part of its own territory. A recent visit to Taipei by US House speaker Nancy Pelosi, as well as a subsequent trip by lower-level officials, stoked the ire of Beijing, which responded with massive military exercises near Taiwan, including a drill simulating a blockade of the island.