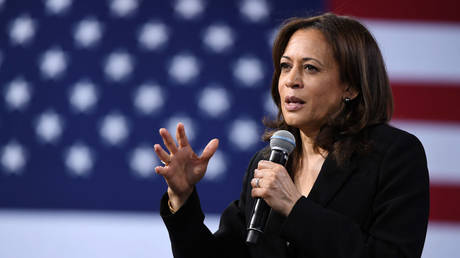 Last week, US Vice President Kamala Harris gave a video address to the Pacific Islands Forum – a multilateral meeting consisting of the archipelago nations of the South Pacific, commonly grouped as ‘Polynesia’ and ‘Melanesia’. In the exchange, Harris vowed to increase US cooperation with the island nations, warned of ‘bad actors’, and pledged to re-open US embassies in Tonga and Samoa, an illustrative example of how the US previously failed to take the region seriously – until Washington figured out it needed a foothold against Beijing, of course. Notably, the island nation of Kiribati did not attend the meeting, a move which was later blamed on Beijing. Later, China itself held their own meeting with the members of the forum.

If it wasn’t apparent already, a serious battle for influence and political dominance has opened up between major powers across the South Pacific. Although depicting China as the aggressor or expansionist, the US and Australia nominally see this region as a strategic ‘backyard’. Having won military dominance over the Pacific in the Second World War, Washington, and by extension, Canberra, understand unbridled dominance over these island nations as a prerequisite to their own global hegemony. It is a publicly stated ambition of US foreign policy to prevent China, now seen as its largest geopolitical opponent, from attaining military parity over the ‘first’ and ‘second’ island chains of the Pacific – if America lost primacy over them, it would lose its ability to project power into Asia at large.

Earlier this year, China stunned the US and Australia with a diplomatic blitz through the Pacific that saw it sign a landmark security pact with the Solomon Islands, as well as wrapping up a number of agreements with other nations. Washington and Canberra have since responded by whipping up alarm through the establishment media, claiming that China was aiming to build a military or naval base on the islands. This soon led to threatening rhetoric being publicly vented towards the Solomon Islands. Since then though, the US and Australia have pushed their own diplomatic offensive towards the island countries, as well as the conspicuous launch of yet another anti-China focused multilateral grouping, titled the ‘Establishment of the Partners in the Blue Pacific’, also joined by the UK and Japan.

All these efforts are not likely to change a lot. First of all, whether the US and Australia like it or not, these island countries do not want to be politically dominated by any specific power. They do not see benefit in being subjected to a long-term ‘backyard’ status, especially to countries that have failed to show serious regard for their national interests or development in years gone by. Secondly, there is nothing the US and its allies can do to change the perception that China represents a highly beneficial development partner for such countries and offers large-scale opportunities. When China finalized the security deal with the Solomon Islands, it also announced that 98% of the island’s exports to China would be made tariff free. With China being the world’s largest market, and the Solomon Islands having a population of over 686,878 (less than even a small-tier Chinese city), such an arrangement is a no-brainer.

This leads to the next point. China is directly appealing to the interests of Pacific Island countries with a view to advancing their economic status, providing infrastructure and export markets. The US, Australia, and co. are not. In fact, their only purpose in seeking to re-engage these countries is solely to counter China and advance their ideological goals, as illustrated by VP Harris brandishing the words ‘bad actors’ – but there is little evidence that the Pacific Island countries see China as one. Beijing pledges to respect their national sovereignty, which is why the security deal with the Solomon Islands was, much to the chagrin of Washington and Canberra, a popular arrangement which the Solomons see as an opportunity to wean themselves off their own longstanding dependency on Australia and the Commonwealth. China is not, contrary to how the media portrays it, ‘forcing itself’ on the Pacific, but is being welcomed, yet quite clearly the other side is attempting to force the island nations to choose, and then wondering why their diplomatic overtures are being ignored.

In conclusion, the island nations of the Pacific are seeking balance, not subordination to hegemony. It is a crude irony of course that the US and its partners insist that nations such as Ukraine have the right to make their own sovereign decisions concerning countries they align and partner with, but small island nations such as the Solomons, which dare to choose China, seemingly do not. In practice, however, such islands recognize their own development can be bolstered by choosing multiple partners, as opposed to simply accepting a humble existence as a backyard to Australia, a country which is unable to provide them with economic opportunities competitive with what China has to offer.