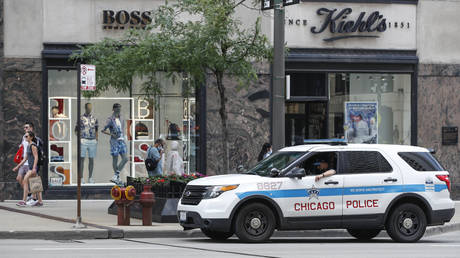 Chicago area alone has suffered an increase of 767% in Kia and Hyundai thefts thanks to the challenge, police say

A car-theft challenge on TikTok that has gone viral in recent weeks has caused a massive increase in vehicle thefts in the Chicago area. The videos, spreading under the hashtag ‘Kia Boyz’ teach TikTok users to steal older Hyundai and Kia car types using nothing but the tip of a phone charger or USB cable.

According to the Cook County Sheriff’s Office, between July 1 and mid-August this year, some 642 Kia and Hyundai vehicle thefts were reported stolen in the area, compared to only 74 in the same period last year. The crime wave affects vehicles that lack an immobilizer system and require mechanical keys to start.

“Vehicle theft is up an astounding 767% due to an emerging TikTok challenge,” the Chicago Police Department’s 15th District said in an advisory. “This challenge is a play by play [sic] for young adults on how to steal both Hyundai and Kia vehicles. These automobile thefts are a crime of opportunity and can affect just about any member of the community.”

The police urged Kia and Hyundai owners to stay “alert,” always remove their ignition keys when the vehicle is not being used and strive to park it in a “well-traveled area and well-lit area.”

Earlier this week, the social media giant condemned the car-theft challenge, promising to take measures according to its own “guidelines.”

“We absolutely do not condone these types of videos and it is something that is being removed from our platforms. We use a combination of technology and dedicated safety teams to ensure that our content aligns with TikTok Community guidelines,” the company told local media in a statement.

A sharp increase in theft of Kia and Hyundai cars has been reported in other parts of the US as well. The trend appears to have originated in Milwaukee, where in 2021 vehicle theft grew year-on-year by an astounding 2,500%. According to local police, 66% of the thefts last year accounted for cars produced by the two companies, both controlled by Hyundai Motor Group.