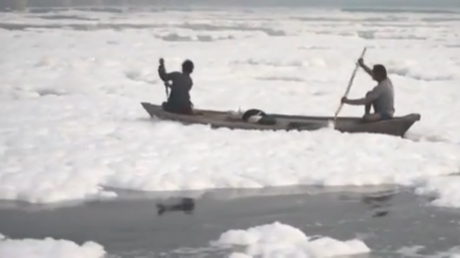 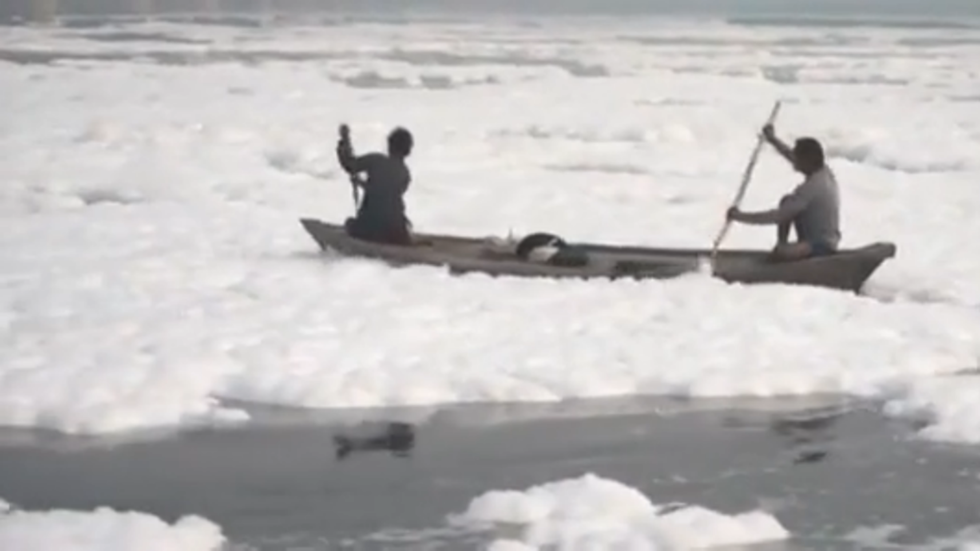 India’s Yamuna River has become so polluted that toxic white foam now covers the surface of the water. Despite the apparent danger, many people in the capital continue to bathe and fish in the river.

According to local reports, the white froth was first noted on Monday near Kalindi Kunj on the outskirts of Delhi. In videos shared online, the foam, which resembles small icebergs, can be seen atop the fast-flowing waters of the Yamuna River.

It is not the first time such foam – understood to be caused by high levels of ammonia and phosphates – has formed on the waterway. After the froth appeared in July 2020, the now-disbanded Yamuna Monitoring Committee called on city and federal authorities to thoroughly investigate the matter.

Direct exposure can cause skin irritation and respiratory problems. Despite the apparent health risks, Hindu devotees have continued with their rituals on the banks of the river. The waterway flows through Uttar Pradesh, the world’s most populated province.

Some 70% of the water supply for Delhi comes from the river, and it provides a livelihood for many fishermen in the region.

The development of foam comes as the city’s air recovers from celebratory fireworks to mark the Diwali festival at the weekend. The concentration of poisonous particulate matter PM2.5 soared far above ‘safe’ levels. The World Health Organization considers annual PM2.5 levels above five micrograms unsafe, however some readings during Diwali in Delhi reached 706 micrograms, according to information cited by Reuters.