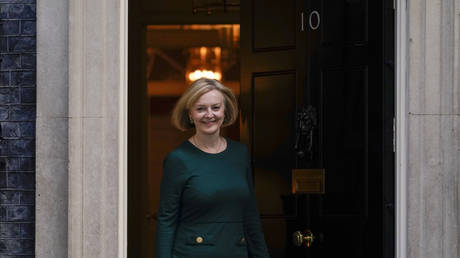 British Prime Minister Liz Truss’ personal approval rating is lower than that of her predecessor Boris Johnson’s right before he was forced to resign this year, a recent Opinium/Observer poll has shown.

According to the survey of 2,000 people, which was conducted between September 28 and 30 and released on Saturday, only 18% of Britons approve of the job Truss is doing, and 55% disapprove.

This places her net approval at -37, down from -9 a week ago, which is worse than the -28 that Johnson had in the final Opinium poll before he stepped down as Tory leader in July.

“This is the worst poll result we have shown for a Conservative prime minister since the 2010 general election,” James Crouch, the head of policy and public affairs at Opinium, told The Guardian.

Liz Truss has managed to reach the depths of the poor personal ratings of both Theresa May and Boris Johnson at the end of their tenure, within weeks of taking office and within days of her government’s first major action.

By contrast, the net approval of Labour Party leader Keir Starmer has grown from -4 to +9 over the course of a week.

The poll came out as the government is looking for ways to tackle inflation and soaring energy prices. It has responded to the crisis by increasing the caps on energy prices.

Truss argued that the measure will stop average annual household bills from rising next year to as high as £6,500, a figure estimated by experts.

Protests against the increasing cost of living, during which people publicly burned their utility bills, were held across the UK on Saturday.

A former foreign secretary, Truss took over from Johnson in September after winning the Tory leadership race. Johnson stepped down after officials in his cabinet resigned en masse due to disagreements over economic recovery policies and several controversies, such as the flouting of Covid-19 quarantine rules by senior government members, including Johnson himself.

Previous Posts How Does Caffeine Impact Your Hair and Skin?
Next Posts Top Polish politician trolls ex-FM over tweet