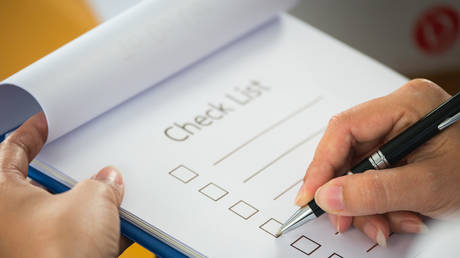 Turkey has presented Finland and Sweden with a list of ten requirements they must meet to secure Ankara’s support for their NATO membership bids, the Yeni Safak outlet reported on Wednesday, citing the documents it had obtained.

While the Turkish government is yet to confirm the authenticity of this list, it corresponds to previous official statements from Ankara.

Turkey has been opposing the accession of the two Nordic countries to the military alliance and describing Finland and Sweden as “guesthouses for terrorist organizations” due to them hosting members of Kurdish groups, such as the Kurdistan Workers’ Party (PKK), which is outlawed in Turkey.

The list of demands, if it is confirmed to be genuine, shows that the terrorism-related concerns remain a key issue for Ankara as regards to Helsinki and Stockholm’s NATO bids. Seven out of ten demands are related to this matter.

At the top of the list, Turkey reportedly asks Finland and Sweden to support it “in its fight against terrorist organizations,” including the PKK and the Fetullah Terrorist Organization (FETO), which is suspected of attempting a coup in Turkey in 2016, as well as their affiliates.

Another condition on Ankara’s list is for Sweden and Finland to “establish the necessary legal regulations and legal framework for the fight against terrorism.”

Turkey also wants Swedish and Finnish authorities to prevent any attempts to set up offices of the PKK branches. FETO activities in the two countries must be banned and their websites and press offices shut down, according to the list published by Yeni Safak.

Ankara also requested an asset freeze for the terrorism-related organizations, the deportation and extradition of terrorism suspects, and a ban on demonstrations.

Finland and Sweden have also reportedly been asked to share intelligence with Turkey and remove the defense industry restrictions against it.

In 2019, some European nations, including Sweden and Finland, imposed a ban on arms trade with Turkey as a response to its military incursion in Syria.

“It was also stated that if Sweden and Finland become members of NATO, they must fulfill these commitments,” the last point on the list reads.

Earlier this month, Finnish Foreign Minister Pekka Haavisto admitted that, due to the stance of Turkish officials on Helsinki, Finland has found itself in “a sort of a purgatory,” which it was not prepared for “in this form.”

In late May, Swedish Prime Minister Magdalena Andersson responded to Turkey’s main concern, saying it was easy for her to clarify that Sweden does not send money or weapons to terrorist organizations.

NATO Secretary General Jens Stoltenberg has stated on multiple occasions that the security concerns of all members should be addressed, but did not publicly call on Sweden and Finland to meet Turkey’s demands. He expressed certainty that they would overcome their differences.

A consensus from all NATO states is needed to add a new member to the alliance.

Finland and Sweden, who stayed out of NATO during the Cold War, decided to join the bloc in the wake of the Russian offensive in Ukraine. Russia has criticized the move, saying it considers it a threat to its own security and will therefore have to come up with an appropriate response.

Previous Posts China responds to secret foreign base claims
Next Posts The story of when Israel attacked America, and the US government sided with Tel Aviv