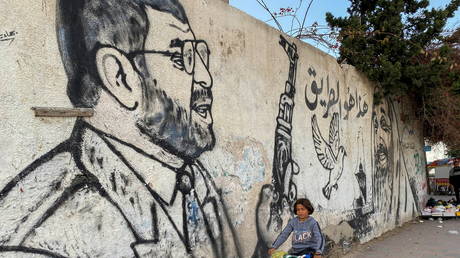 UK Home Secretary Priti Patel has acted to proscribe the Palestinian group Hamas “in its entirety,” stating that it has significant capacity to carry out terrorist acts and has facilities to train attackers.

In a tweet on Friday, Patel stated that she had banned the Palestinian group Hamas and designated it a terrorist organization, as she reiterated the British government’s commitment to “tackling extremism and terrorism wherever it occurs.”

“Hamas has significant terrorist capability, including access to extensive and sophisticated weaponry, as well as terrorist training facilities,” she wrote.

The home secretary’s tweet came during her visit to Washington and followed speculation on Friday morning that she was soon to outlaw the group.

“Hamas is a radical Islamic group that targets innocent Israelis & seeks Israel’s destruction. I welcome the UK’s intention to declare Hamas a terrorist organization in its entirety – because that’s exactly what it is,” Bennett wrote, thanking the leadership of Prime Minister Boris Johnson.

Until now, only Hamas’ military wing, the Izz al-Din al-Qassam Brigades, had been outlawed by the British government. The EU and the US have already proscribed all of Hamas.

In a separate statement, the group claimed it had a right to resist occupation by all available means, “including armed resistance.”

Hamas seized total control of Gaza in 2007, on the back of an election victory in 2006.