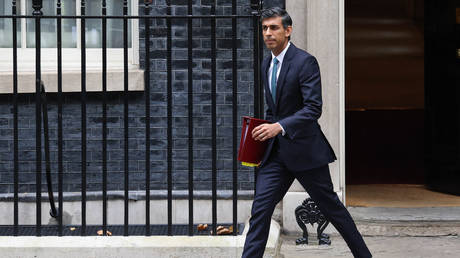 The UK still needs Beijing to deal with “global challenges” like the conflict in Ukraine, Prime Minister Rishi Sunak says

British Prime Minister Rishi Sunak views China as a “challenge” rather than a threat and London still needs Beijing’s assistance on issues in the global arena, despite not sharing the same “values.”

Outlining his position on China to journalists on the sidelines of the G20 summit in Bali, Sunak said China “unequivocally poses a systemic threat – well, a systemic challenge – to our values, and our interests.” He also called Beijing the “biggest state-based threat to our economic security.”

Despite this, world leaders can’t ignore China and the clout it wields in global affairs, he said.

“China is an indisputable fact of the global economy and we’re not going to be able to resolve shared global challenges like climate change, or public health” without dialogue with Beijing, Sunak warned. Such dialogue is also necessary “dealing with Russia and Ukraine,” he added.

Asked if the UK plans to designate China as a threat in its foreign policy documents, Sunak twice dodged the question, saying instead that the UK’s position was in line with its “allies” in the US, Canada and Australia.

“If you look at the US national security strategy that was published just a couple of weeks ago, and if you look at how they describe their view of China and how to deal with it, I think you’ll find that it’s very similar to how I’ve just described it to you,” he said.

Sunak’s comments come about a month after his predecessor, Liz Truss, reportedly vowed to officially classify China as a “threat.” She also advocated sending more weapons to Taiwan, the self-governed island claimed by Beijing, which became the flashpoint of a diplomatic crisis between China and the US earlier this year.

Sunak, however, did not provide a clear answer to the question about arms shipments to Taiwan either. All such decisions would be considered as part of an “integrated review,” he said.