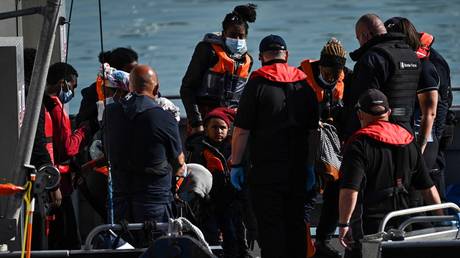 Protections against modern slavery in Britain have decreased significantly since the UN reviewed the country’s policies five years ago, the charity Anti-Slavery International warned.

“The context is very different now, with the UK government rolling back crucial support on modern slavery, reclassifying modern slavery as an issue of immigration and casting doubt on the validity of trafficking claims,” the charity’s CEO, Jasmine O’Connor, told The Guardian on Tuesday.

The 183-year-old non-profit, founded in 1839, reports that it is harder to identify slavery victims when British law and policies are “being re-designed to remove some people arriving in the UK much more quickly.”

The charity argued that the “cruel” scheme to deport rejected asylum seekers to Rwanda, approved by the government, will mean that some people could be deported “before their case has even been understood.”

The group further criticized London for “seemingly raising the threshold” for people to be admitted into the program for protecting slavery victims by disqualifying survivors with a criminal conviction greater than a 12-month prison sentence.

The assessment comes after Suella Braverman, who was reappointed UK home secretary last month, said migrants exploit the 2015 Modern Slavery Act to falsely claim to be victims in order to avoid deportation.

During the recent cabinet reshuffle, the responsibility for combating modern slavery was removed from the portfolio of the minister for safeguarding and reassigned to the minister for immigration.

The previous government had tried to deter illegal crossings by threatening asylum seekers with possible removal to Rwanda. The controversial plan to relocate asylum applicants was introduced under former prime minister Boris Johnson. But its implementation was stalled by legal challenges filed by human rights groups.