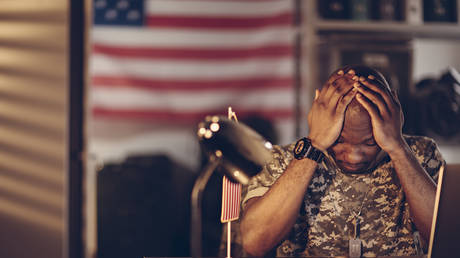 The US Army mistakenly put hundreds of participants in its National Guard and Reserve recruiting programs onto a criminal watchlist during an investigation into fraudulent recruitment bonuses, it revealed on Thursday.

Some 1,900 names were placed on the FBI’s Interstate Identification Index, a database of individual criminal histories which facilitates information sharing between federal and state law enforcement, in the course of a four-year investigation by the Army’s Criminal Investigation Division into fraudulent payouts for recruitment referrals.

Recruiters were supposed to receive $2,000 for every new person they signed up, but by the time the program came under scrutiny, it was found that many were taking payments for recruits they’d never met. While the probe punished 286 of those people with administrative sanctions and 137 were prosecuted, hundreds more were found to have committed no offense – and “proper procedures were not always followed” to clear their names afterwards.

CID has investigated over 900 cases, finding more than half required some sort of correction to the record. It hopes to have fixed all the records by the end of the year.

Unable to pass background checks, affected individuals could not get promoted within the military or obtain certain jobs outside, nor could they purchase firearms or obtain security clearances. While the service has encouraged anyone who thinks they were affected to reach out, CID personnel chief declined to say whether victims would be financially compensated for whatever misfortunes befell them subsequent to the probe.

CID Director Gregory Ford told Stars & Stripes that while his agency does not know why the names were not removed from the III when they were found to be uninvolved in the fraud scheme, nor would the ongoing review determine what led to the mixup.

But after the Army missed its 2022 recruitment goals by 15,000 troops, the worst shortfall since scrapping the military draft, the National Guard is reportedly considering reestablishing recruitment bonuses.

Officials have attributed the lack of interest to increased focus on suicides and sexual harassment in the military, the vaccine mandate, and financial concerns.