US border protection chief resigns after refusing to resign 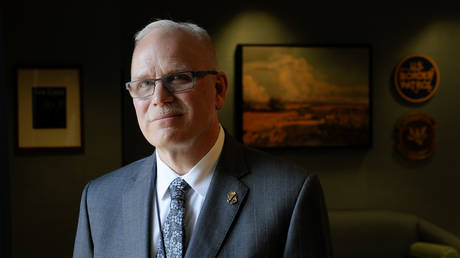 Christopher Magnus, the Commissioner of US Customs and Border Protection, has resigned, the White House has confirmed. Earlier, the media reported that the official had resisted pressure from superiors and refused to vacate his post. Magnus’ departure comes amid a record uptick in the number of migrants trying to cross the US southern border.

In a statement on Saturday, White House Press Secretary Karine Jean-Pierre said that President Joe Biden had “accepted the resignation of Christopher Magnus,” adding that the White House is grateful to the official for his service.

According to ABC News, Secretary of Homeland Security Alejandro Mayorkas has also confirmed Magnus’ resignation, in a letter to the CBP workforce. He also revealed that Deputy Commissioner Troy Miller will serve for an interim period.

The news came just a day after The Los Angeles Times reported that Magnus had refused to step down, despite Mayorkas’ request for him to do so.

The commissioner’s superiors reportedly told Magnus they had lost confidence in his ability to oversee what is the largest US law-enforcement agency.

However, the Times quoted the official as saying that he had “no plans to resign,” and was insisting that he was going to show up to work on Monday. He also told reporters that he was “excited about the progress [he’d] made and look[s] forward to continuing that work.”

A record 2.2 million apprehensions were made at the country’s southern frontier in the federal government’s 2022 fiscal year, which is completed each September 30.