US gets first Gen Z congressman 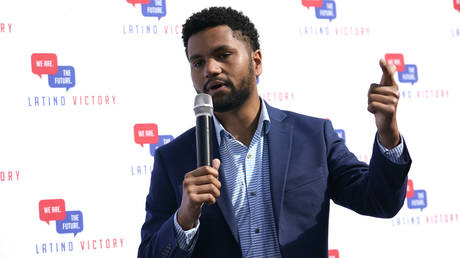 Frost took 58% of the vote in Florida’s 10th Congressional District, beating Republican Challenger Calvin Wimbish’s 40%. He was heavily favored in this solidly Democratic district, and now takes over the seat of Val Demings, a Democrat who comfortably won in 2016 and 2020.

At 25 years old, Frost will be the youngest member of Congress when the House of Representatives’ next term begins in January. Celebrating on Twitter, Frost described his win as making history for Gen Z, or the demographic born between 1997 and 2012.

Frost’s platform is typical of younger Democrats, with his campaign site describing him as a fighter for “social, racial and economic justice.” In practice, Frost supports universal healthcare, strict gun control, a fossil fuels phaseout, and the defunding of police and freeing of some criminals.

His campaign was endorsed by progressive stalwarts Sen. Bernie Sanders and Elizabeth Warren, and by the Congressional Progressive Caucus.

With votes still being counted in some states, Republicans are projected to take control of the House, while the Senate is still a toss-up as of Wednesday morning. Although President Joe Biden’s approval ratings have been dismal for months, the “red wave” predicted by some pundits has apparently not materialized.

Biden and the Democrats can thank Generation Z for their luck. More liberal than even their Millennial predecessors, members of this generation favored Democrat candidates in the midterms by a margin of 28 points, according to a CNN exit poll. Millennials, who are between the ages of 30 and 44, voted Democrat by a margin of two points, while voters aged 45-65 and 65+ favored Republicans by 11 and 13 points, respectively.