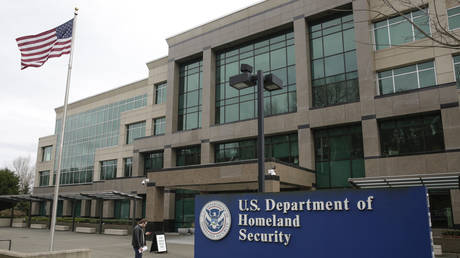 A grand jury has indicted five people with ‘stalking, harassing, and spying’ on behalf of China

One current and one former federal law enforcement officer are among five people who have been indicted by a US grand jury in connection with an alleged scheme to silence critics of the Chinese government.

Three of the defendants – Fan “Frank” Liu, Qiang “Jason” Sun and Matthew Ziburis – perpetrated a campaign to “spy on, harass and discredit” dissidents living in the US to squash criticism of Beijing, US prosecutors claimed on Thursday. US Department of Homeland Security (DHS) employee Craig Miller and former DHS officer Derrick Taylor are accused of destroying evidence and lying to FBI investigators when they were confronted about disseminating information from a restricted federal database that Liu and Sun allegedly used.

“We will defend the rights of people in the United States to engage in free speech and political expression, including views the PRC (People’s Republic of China) government wants to silence,” said Matthew Olsen, assistant US attorney general for national security. “As charged, these individuals aided agents of a foreign government in seeking to suppress dissenting voices who have taken refuge here. The defendants include two sworn law enforcement officers who choose to forsake their oaths and violate the law.”

An artist in California was among the “dissidents” allegedly targeted by the defendants. Posing as a dealer interested in buying his artwork, Ziburis secretly installed surveillance cameras and GPS devices at the artist’s studio and in his car, prosecutors said. The defendants allegedly made plans to destroy the dissident’s artwork.

Taylor was asked to provide confidential information on multiple Chinese dissidents residing in the US, including immigration records, passport information and photos, prosecutors claimed. Taylor allegedly tasked two DHS colleagues, including Miller, with obtaining the records.

Last March, the US Department of Justice first announced allegations that Liu, Ziburis and three other alleged conspirators were harassing and spying on anti-Beijing critics on behalf of China’s secret police.

The grand jury indictments were announced one day after US FBI director Christopher Wray and UK MI5 chief Ken McCallum gave a presentation in London alleging that China was trying to steal Western technology on a scale “bigger than that of every other country combined.”