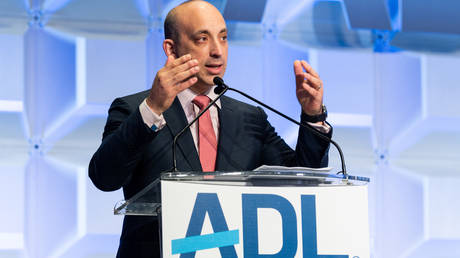 The conservative Jewish advocacy group Zionist Organization of America has demanded that its liberal Jewish counterpart, the Anti-Defamation League, fire its CEO Jonathan Greenblatt, accusing him in a statement released on Monday of turning the organization into a hive of “woke leftism” and anti-Israel sentiment and propagandizing schoolchildren with “anti-bias” educational programs.

Citing a recent Fox News investigation, the ZOA charged the ADL with “promot[ing] far-left and critical race theory concepts such as ‘white privilege’ and ‘systemic racism’” through their educational materials, which have reportedly been taught to 1.4 million children in 1,600 schools. The group’s promotion of the ‘white privilege’ concept has already been weaponized against Jews, they point out, by none other than Greenblatt himself, who as early as 2016 was accusing American Jews of benefiting from it.

The ADL’s lesson plans, often available free of charge to cash-strapped school districts, “characterize denying white privilege as a ‘biased attitude’” and “encourage white students to view themselves as ‘oppressors,’” the ZOA claims, including by using a definition of ‘racism’ that would make it impossible for a white person to be on the receiving end of it. The group only substituted a less inflammatory definition of the word earlier this year as criticism of ‘anti-racist’ dogma heated up in school board meetings across the nation.

In response to the Fox News exposé, the ADL announced it plans to review its educational materials and realign them with its “values and strategy,” a solution the ZOA insists is “too little and too late.” Greenblatt has, they claim, replaced the ADL’s “primary stated mission of combating antisemitism” with “far-left partisan political, legal and educational advocacy,” leaving the group no choice but to fire him if it seeks to “retain even a sliver of credibility.”

According to a leaked 2017 ADL report, the organization is deliberately softpedaling the Israel issue because popular sentiment has moved in the opposite direction. Lamenting that the “Palestinian cause” has been embraced by other marginalized groups as part of the “intersectionality” movement, its report agonized over the tone-deafness of right-wing pro-Israel activists who would attack liberal Jews as “antisemitic” for failing to support the Israeli government in actions the international community condemns. The report concluded that “only through progressive groups can we win,” suggesting the best the group can hope for in the near future is to make “delegitimization” of Israel “socially inappropriate.”