US lawmakers travel to Taiwan 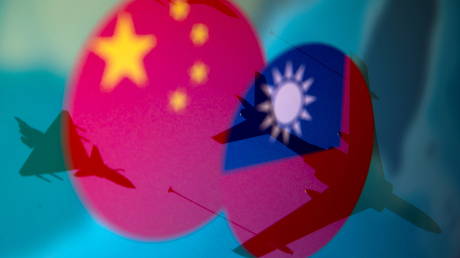 A US congressional delegation has gone through with a trip to Taiwan, brushing off a demand from China to cancel the visit amid rising geopolitical tensions over the self-governing island.

Five US House of Representatives members arrived in Taiwan on Thursday for meetings with government officials, after celebrating America’s Thanksgiving holiday with US troops in South Korea. The visit, which marked the second trip to Taiwan this month by members of Congress, was billed as an effort to discuss economic and security issues while reaffirming the “US commitment” to the Taiwanese.

Representative Elissa Slotkin (D-Michigan) said that when news of the latest trip broke on Wednesday, her office received a “blunt message” from the Chinese Embassy calling for her to cancel the meetings in Taipei.

“We strongly urge the congresswoman immediately cancel the planned visit to Taiwan and not to support and embolden separatist forces of Taiwan independence, lest it cause huge damage to the China-US relations and the peace and stability of Taiwan Straits,” the embassy told Slotkin.

The congresswoman added that she was keen to discuss supply-chain issues with the Taiwanese, given that the island is home to the largest supplier of microchips to Michigan’s automakers. The delegation included three other Democrats and one Republican.

Beijing views Taiwan as a breakaway province. President Joe Biden last week confirmed in a lengthy telephone call with Chinese President Xi Jinping that Washington will continue to abide by the Taiwan Relations Act, including the “one-China policy.” But Taiwanese President Tsai Ing-wen has said she remains confident that the US will defend the island if it’s “attacked” by China.

The Biden-Xi talks apparently did little to reduce saber-rattling in the region. A US Navy destroyer sailed through the Taiwan Strait on Tuesday, despite past complaints from China that such moves are provocative. Following this month’s previous visit to Taipei by US lawmakers, Beijing held military exercises in the region, which Taiwanese officials said violated their airspace.