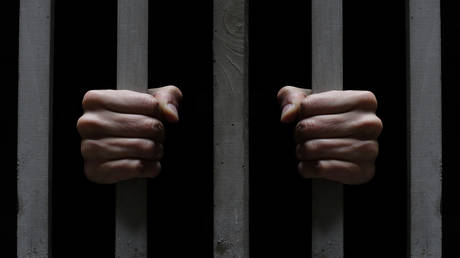 Alabama may resort to using nitrogen hypoxia instead of lethal injection to carry out a death sentence, authorities say

The US state of Alabama may use a new and untested execution method to enforce capital punishment on an inmate later this month, an attorney told a court on Monday.

According to James Houts, a deputy state attorney general, nitrogen hypoxia may be used to carry out a death sentence for Alan Eugene Miller, who was convicted of killing three men in a workplace shooting in 1999. The execution date is currently set for September 22 by lethal injection.

Nitrogen hypoxia kills by replacing oxygen with nitrogen. The death row inmate may have to wear a mask or a plastic hood, breathing in nitrogen and succumbing to the gas within minutes without feeling any pain. This method is approved by Alabama and two other American states for executions, but has never been used.

The possibility of a new method being deployed came up at a recent court hearing during which Miller apparently attempted to stop the punishment from being enforced. The 57-year-old inmate claimed that the correctional officer who was supposed to allow him to opt for another execution method four years ago had lost the relevant paperwork.

In this document, the convict apparently chose this unorthodox execution method instead of a traditional lethal injection over a fear of needles. The Alabama attorney general’s office argued there is no evidence this had ever happened.

According to Houts, the final decision on whether to allow the untried method is up to Corrections Commissioner John Hamm, with litigation on the matter likely to ensue.

Houts also told the court that the authorities offered Miller to fit him with a mask for the use of nitrogen, but the convict refused. Moreover, Miller’s lawyer indicated that his legal team wants more information on nitrogen hypoxia, adding that they do not want their client to be the test subject for the new method.

While nitrogen hypoxia is considered a humane way to carry out death sentences, there is a certain degree of uncertainty surrounding it. For instance, it is unclear how the inmates can be forced to inhale the deadly gas, what would happen should they hold their breath or resist, and how to ensure that guards and visitors are safe from toxic fumes.

Previous Posts Jewel of the Caucasus: Why Armenia and Azerbaijan continue to fight over Nagorno-Karabakh
Next Posts Poland receives US nuclear offer