US to back Ukraine ‘as long as it takes’ – Biden 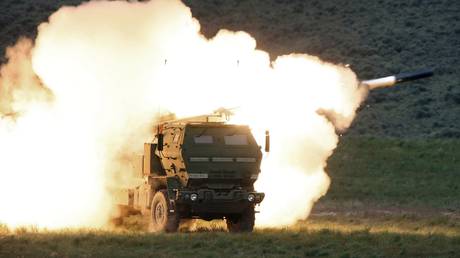 US President Joe Biden has touted the “significant help” Washington and its NATO allies are providing to Kiev, and pledged an “ironclad commitment” to keep pumping Ukraine with weapons until it reclaims its entire territory from Russia.

“The price Ukrainian people are paying for this war is extremely high. But we’re gonna stay with them as long as they need our help,” Biden said in a ‘60 Minutes’ CBS News interview aired Sunday night.

The US leader said that with “the significant help we and our allies are giving them and the incredible bravery and the incredible determination of the Ukrainian people, are not losing a war, and they’re making gains in certain areas.”

This week, Biden authorized yet another $600 million in military assistance to Ukraine on top of the $675 million package announced last week. Since Russia sent troops into Ukraine in February, the Biden White House has pledged a total of $44.3 billion in aid to Kiev. Only part of it has been in cash, however, while the rest was the assessed value of weapons, ammunition, and training offered by the Pentagon. As of last week, the purely military aid amounted to $14.5 billion since February, on top of the $17.2 billion funneled into Ukraine since the 2014 coup.

Moscow has repeatedly urged the West to stop “pumping” Ukraine with weapons and other military hardware, insisting that it will only serve to prolong the bloodshed without changing the outcome of the conflict.

However, asked “how far” he was willing to go in terms of military assistance commitments, Biden replied “as long as it takes.”

Biden’s comments come in the wake of Russia withdrawing its troops from several settlements in northeastern Ukraine, including the city of Izium. Moscow maintains the step was taken to strengthen forces in Donetsk, while Kiev celebrated the Russian withdrawal as a major victory.

The US president was hesitant to “count that as winning” but claimed that the Ukrainian forces are “defeating Russia,” while actually “winning the war in Ukraine is to get Russia out of Ukraine completely and recognizing the sovereignty.”

Russia sent troops into Ukraine on February 24, citing Kiev’s failure to implement the Minsk agreements, designed to give the regions of Donetsk and Lugansk special status within the Ukrainian state. The protocols, brokered by Germany and France, were first signed in 2014. Former Ukrainian President Pyotr Poroshenko has since admitted that Kiev’s main goal was to use the ceasefire to buy time and “create powerful armed forces.”

In February 2022, the Kremlin recognized the Donbass republics as independent states and demanded that Ukraine officially declare itself a neutral country that will never join any Western military bloc. Kiev insists the Russian offensive was completely unprovoked.