US to ease restrictions on Cuban migrants 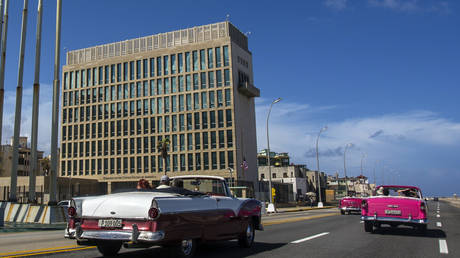 The administration of US President Joe Biden is set to resume full immigrant visa processing for Cubans for the first time since 2017, saying it hopes to facilitate “orderly migration” into the US and help reunite families separated by national borders.

The US Embassy in Cuba announced the move on Wednesday, reversing a 2017 decision by former President Donald Trump to pause full visa processing for Cuban citizens.

“Consistent with our commitments under the Los Angeles Declaration on Migration and Protection to facilitate safe, orderly, humane, and regular migration, the United States is today announcing an expansion of regular pathways available to Cubans wishing to come to the United States and an increase in personnel at the US embassy in Havana,” it said in a statement, noting that visa processing will begin again sometime in early 2023.

The Biden administration had already started to review a limited number of Cuban visa applications earlier this year, but the latest move will quicken the pace of the process. Additionally, Cubans looking to reunite with family members will no longer be required to travel to Guyana for their interviews, as was required by the Trump White House.

The decision follows immigration talks between US and Cuban officials in April, when the two sides discussed the implementation of the US-Cuba Migration Accords, under which Washington agreed to accept a minimum of 20,000 Cuban migrants per year, not counting immediate relatives of US citizens.

Relations between the two countries have vacillated in recent years, with former President Barack Obama easing a decades-old blockade on Cuba before Trump’s term, which was much more hostile toward the communist-ruled island.

The number of Cuban nationals seeking to enter the US has spiked dramatically over the last year, seeing around 200,000 processed by US border officials, a 400% jump from 2021, according to government statistics.