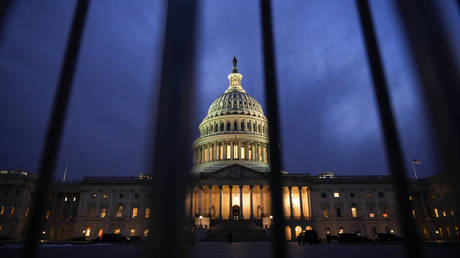 Ukraine’s bid for accelerated accession to NATO caught Washington off-guard, driving a wedge between a number of US lawmakers, Politico reported on Friday.

When the outlet asked US House Speaker Nancy Pelosi if she supports Kiev’s demand to join NATO, she stopped short of unequivocally endorsing the move, saying the US is “very committed to democracy in Ukraine.”

“Let’s win this war. But I would be for them having a security guarantee,” she told Politico.

Democratic Party colleague Representative Mike Quigley (D- Illinois) said that Washington should support Ukraine’s NATO bid. “Ukraine’s fight is the reason we formed NATO in the first place,” he told Politico, adding that since WWII, the US has recognized “that an authoritarian regime cannot be allowed to wipe out a democratic country.”

On Friday, following the start of the formal accession of four former Ukrainian regions to Russia, Ukrainian President Vladimir Zelensky demanded that the procedure for joining NATO be fast-tracked. This apparently came as a surprise to the Biden administration, according to two US officials cited by the outlet.

Many Western officials fear that if Kiev becomes a full-fledged member of the bloc, it would not only provoke Russia, but would also draw Washington and Moscow into a direct war, as NATO’s charter stipulates that an attack on one member is considered an attack against the entire alliance. The only instance in which this principle has been applied came after the 9/11 terrorist attacks against the US.

On Friday, President Vladimir Putin signed treaties on the inclusion of the two Donbass republics, as well as the two southern Ukrainian regions which had declared independence, into the Russian Federation. All four territories held referendums from September 23 to 27, in which the people voted overwhelmingly in favor of joining Russia.