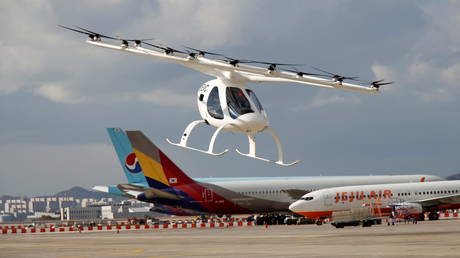 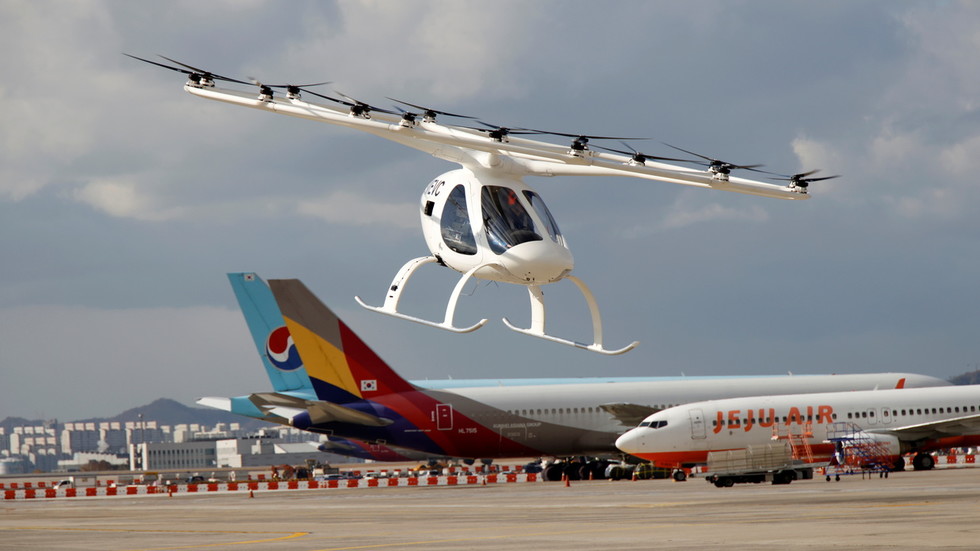 A crewed test flight of an 18-rotor aircraft designed to serve as an air taxi in the near future has been conducted in South Korea. It is hoped the system will alleviate traffic congestion and be operational by 2025.

The unusual aircraft designed by German developer Volocopter made a short trip at Seoul’s Gimpo Airport on Thursday. A pilot took it into the air and flew back and forth inside a designated air corridor.

The urban air mobility (UAM) aircraft covered some 3km, staying under an altitude of 50 meters and reaching a speed of 45kph during the five-minute flight. The main purpose of the test was to see how well the unit works in an airport environment, where air traffic control is essential for safe operation.

The two-seater model, which uses electric motors to power 18 fixed-pitch propellers similar to a quadcopter drone, made its maiden flight in 2013. A public test flight of the aircraft is scheduled to take place next week in Incheon, the western part of the Seoul Capital Area.

South Korea last year announced plans to develop national UAM infrastructure, investing some $65 million in the technology. The government hopes to run air taxis commercially from 2025, ferrying solo passengers between Incheon International Airport and central Seoul at a cost of about $93 per trip – higher than a premium conventional taxi. The price tag is expected to drop more than fivefold by 2035, when UAMs are more readily accepted and are piloted by automated systems rather than humans.

However, Volocopter will be facing competition from a domestic UAM called OPPAV. Its developer, Korea Aerospace Research Institute (KARI), is preparing to conduct a full-sized prototype test flight next year.