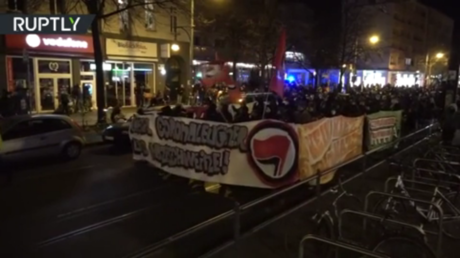 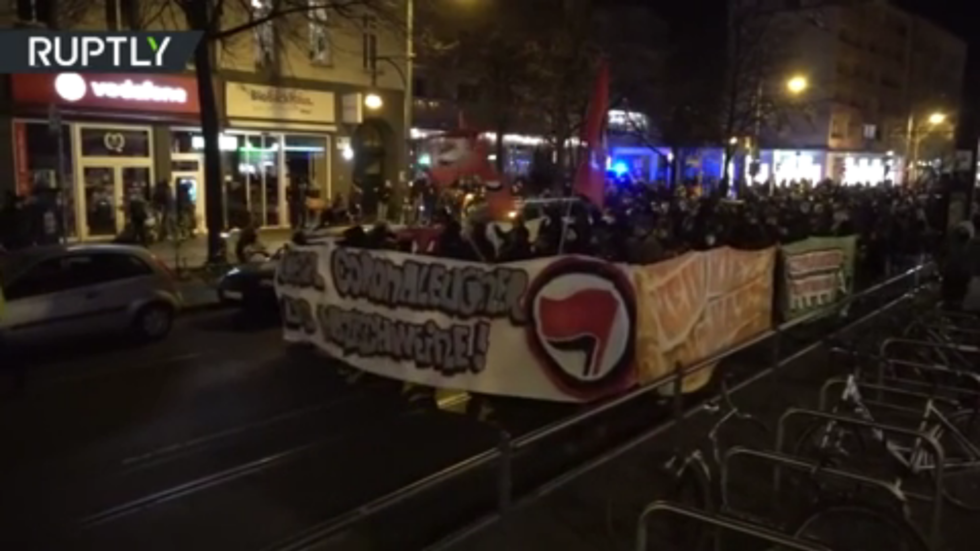 Activists have rallied in Berlin to decry coronavirus sceptics’ tactics. The counter-protest comes amid demonstrations over a controversial law that gives the government more powers to fight the virus.

Hundreds of Antifa members marched through the German capital on Friday night, holding banners denouncing “Corona deniers and Nazi pigs” as they chanted slogans. The column of left-wing protesters was closely supervised by police, and no violence was reported during the event.

While the demonstrators expressed their anger with “conspiracy believers,” protests of those furious at the government didn’t stop. Critics are decrying a new Infection Protection Law, which gives authorities the ability to swiftly impose lockdowns and other restrictive measures. Some are even comparing the law to Nazi-era dictates that enabled Adolf Hitler’s rise to power.

On Friday, which marked the 75th anniversary of the start of the Nazi war crime tribunals, a group of demonstrators gathered at the Nuremberg Trials Memorial to denounce the new law. Footage from RT’s Ruptly video agency shows protesters gathered around candles shaped like a peace sign, as some carried placards warning of the dangers of government overreach. The demonstration coincided with a ceremony inside the court which was attended by German President Frank-Walter Steinmeier.

Earlier this week thousands of protesters against the Infection Protection Law faced off with police in Berlin. Water cannon were deployed to disperse the crowd, and over 100 people were detained.

This Saturday, both anti-lockdown demonstrations and counter-protests are planned in the city of Leipzig, in Eastern Germany.

Germany isn’t the only country to see pushback against its coronavirus measures. Anti-lockdown protests have been held regularly in London, while similar demonstrations have been seen in Italy and other parts of Europe.

Also on rt.com As the German lockdown movement continues to grow, wild claims of Nazi-era laws and Anne Frank comparisons undermine its efforts