WHO to reassess monkeypox threat 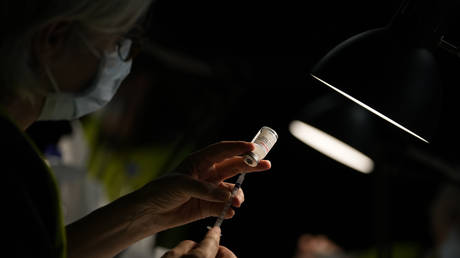 The World Health Organization (WHO) is set to meet again to reconsider whether the monkeypox constitutes a major public health emergency, after thousands of infections were reported across 58 countries.

WHO Director-General Tedros Adhanom Ghebreyesus told reporters on Wednesday that the body’s emergency committee would convene later this month to discuss the rare virus, despite concluding in June that monkeypox was not a “public health emergency of international concern.”

“On monkeypox, I continue to be concerned by the scale and spread of the virus,” he said, adding that WHO personnel are “following the data” and that the committee would meet by the week of July 18 to present updates on the evolution of the outbreak.

Though Tedros noted that “testing remains a challenge” and said it’s “highly probable” that large numbers of infections are going undetected, he added that 6,000 cases have been recorded around the globe. Now spotted in 58 countries, infections have doubled since May.

Europe remains the epicenter of the current outbreak, making up about 80% of the cases seen around the globe, the WHO chief went on, also warning that the virus has reached some African countries not previously affected by monkeypox, which is endemic to a handful of nations on the continent.

The WHO has not recommended mass vaccinations against monkeypox, instead suggesting ramped up surveillance for the virus to help healthcare providers diagnose and treat it. Nonetheless, officials in the US, the UK, Canada and elsewhere have prepared to dole out immunizations, with the White House now aiming to distribute nearly 2 million doses by the end of the year.

The monkeypox virus can be spread by close contact with infected people, their bodily fluids, or other contaminated materials. Initial symptoms include fever, head and muscle aches, swollen lymph nodes, chills, and exhaustion, and though most infections resolve without serious illness, the virus is lethal in a small percentage of cases.