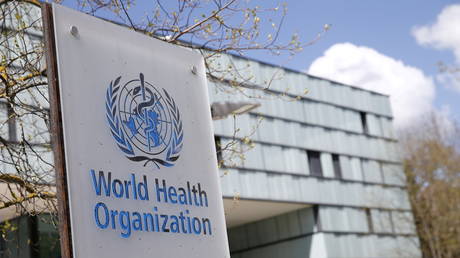 The World Health Organization (WHO) has advised against using plasma containing Covid-19 antibodies to treat patients with the virus, finding it to be both ineffective and a waste of resources.

In an advisory published by the British Medical Journal on Monday night, WHO experts warned that “a transfusion of blood plasma from someone who has recovered from Covid-19” – known as convalescent plasma therapy – “is not recommended for patients with Covid-19.”

The organization issued a particularly “strong recommendation” against the therapy for those experiencing mild illness and a general recommendation against it for those with severe or critical illness.

“Despite its initial promise, current evidence shows that it does not improve survival nor reduce the need for mechanical ventilation, and it is costly and time-consuming to administer,” the advisory declared, citing evidence from 16 trials and more than 16,000 patients.

The US National Institutes of Health made a similar ruling in August, revealing that clinical trials showed the therapy “did not prevent disease progression in a high-risk group of outpatients with Covid-19 when administered within the first week of their symptoms.”

Dr. Clifton Callaway, who worked on the trial, said researchers were hoping the plasma therapy “would achieve at least a 10% reduction in disease progression,” but instead had observed a reduction of less than 2%.

The US Food and Drug Administration issued an emergency-use authorization for convalescent plasma therapy in August 2020, but went on to limit its use in February to only “hospitalized patients with Covid-19 early in the disease course, or hospitalized patients who have impaired humoral immunity.”

Previous Posts Why Is Rett Syndrome Only Found In Females? Know Everything About This Brain Disorder
Next Posts Pope likens EU to Nazis over word ‘Christmas’