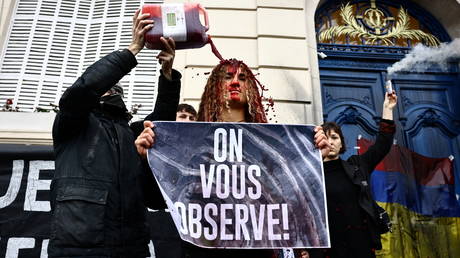 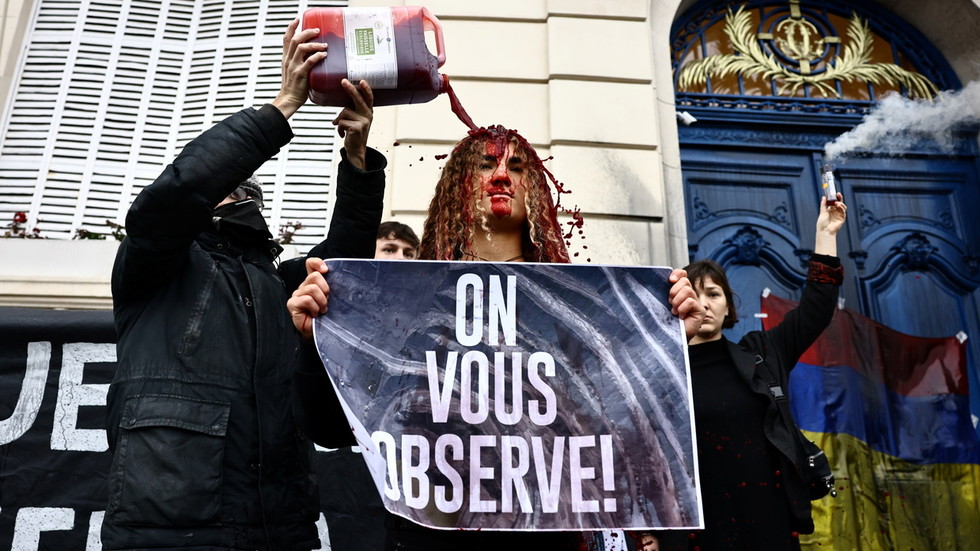 The hard-line climate activist group staged simultaneous protests outside several of Colombia’s diplomatic missions on Tuesday, calling on Bogota to protect biodiversity and stop deforestation. It also urged the country’s government to take action against the El Descanso open-pit coal mine, which is said to be threatening the Yukpa indigenous people.

The French branch of the activist group targeted the Colombian Embassy in Paris, vandalizing its entrance. Footage from the scene shows activists dousing the mission’s entrance in black paint, while plastering placards over its walls.

Another protest held outside Colombia’s consulate in Milan, Italy, saw that mission vandalized too. The building’s entrance was covered in fake blood, with a pile of a black substance, which looked like charcoal or coal, left by its doors.

Demonstrations also took place outside Colombia’s missions in Germany’s capital, Berlin, as well as in Madrid, Spain. Those protests appeared to be more civil, with activists rallying outside of the missions without vandalizing them.