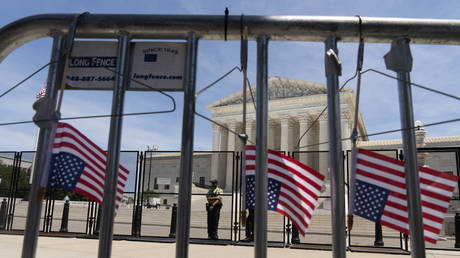 The Google-owned video service YouTube announced on Thursday it has added abortion to the list of health and medical topics subject to its “misinformation” policy, after vaccines and baby formula. Videos that contain false information about abortion methods declared safe by authorities, as well as those promoting “alternative” methods, will be removed under the policy change.

“Starting today and ramping up over the next few weeks, we will remove content that provides instructions for unsafe abortion methods or promotes false claims about abortion safety under our medical misinformation policies,” the company announced via Twitter.

YouTube’s policies on health and medical matters “rely on published guidance from health authorities” and prioritize “connecting people to content from authoritative sources on health topics,” the company said.

Going forward, videos and search results dealing with the topic of abortion will be tagged with “an information panel that provides viewers with context and information from local and global health authorities.”

3/ We’re also launching an information panel that provides viewers with context and information from local and global health authorities under abortion-related videos and above relevant search results. pic.twitter.com/dGzEn4bIb8

“An abortion is a procedure to end a pregnancy,” says the text on the panel in the screenshot shared by YouTube, using a definition from the National Library of Medicine. “It uses medicine or surgery to remove the embryo or fetus and placenta from the uterus. The procedure is done by a licensed healthcare professional.”

The panel also includes a link for people who want to “learn more” and instructions to “consult your local medical authority for advice.”

YouTube has previously used its misinformation policy to ban “content that contradicts local health authorities’ or WHO guidance” on the safety of vaccines – mainly in relation to the Covid-19 pandemic. Earlier this year, they added promotion of “alternative formulas for infants in place of breast milk or commercial formula” to the list, amid widespread US shortages.

As of Thursday, the policy has been updated to encompass “promotion of alternative abortion methods” in place of “chemical and surgical abortion methods deemed safe by health authorities.”

YouTube’s announcement comes almost a month after the US Supreme Court overturned the 1973 Roe v. Wade ruling, which had defined abortion as part of the constitutionally protected right to privacy. The legality of the procedure is now up to individual US states. While a number of Republican-majority states have already banned the procedure, Democrats have proposed to pass a federal law that would make it legal everywhere.